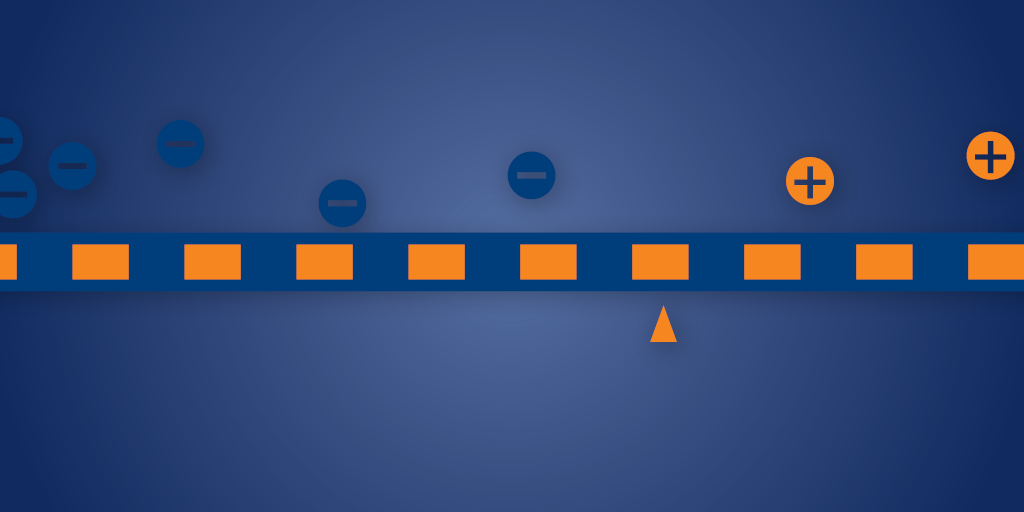 The isoelectric point (pI) is a physical property of every peptide (and any other compound for that matter) that can be the root cause for many of the issues experienced when handling these compounds. Often times a quick check of the pI can help inform which conditions will increase or decrease aggregation potential, or lead to better solubility and generally easier handling.

In today's discussion, I'll demonstrate how you can use the pI to guide your purification method development for peptides.

END_OF_DOCUMENT_TOKEN_TO_BE_REPLACED

How many amino acid equivalents should I use for my room temperature synthesis?

Big pharmaceutical companies have begun to refocus their efforts towards peptide discovery projects with the hopes of identifying the next big peptide drug.  There are often hundreds to thousands of peptides synthesized as part of these efforts, demanding parallel synthesis platforms and room temperature peptide synthesis protocols.

Previously, I identified a minimum number of amino acids equivalents required to ensure a high quality microwave synthesis.  Conducting synthesis at room temperature will certainly require different conditions than microwave heating.  Let’s explore how the number of equivalents will impact the synthesis results.

END_OF_DOCUMENT_TOKEN_TO_BE_REPLACED 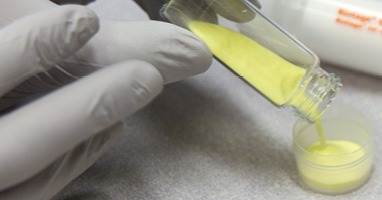 Can I use a guard column for peptide purification with reversed-phase flash column chromatography?

More often than not and as a peptide chemist, I am asking myself in which solvent should I dissolve my peptide prior to purification by flash chromatography.  I have rarely considered an alternative to the standard liquid injection.  However, dry loading is a common technique used by organic chemists prior to their normal-phase purification efforts, especially if the compound isn’t particularly soluble in the mobile phase solvents.  To the best of my knowledge, dry loading is not commonly used for peptide purifications.

Immediately, questions come to mind as I attempt this new loading technique.  Will my peak shape change if load additional material?  Does the stationary phase need to be equilibrated before use?  What solvent should I use to load my crude sample? How will my sample recovery be affected?  I will address a few of these questions in today’s discussion.

END_OF_DOCUMENT_TOKEN_TO_BE_REPLACED

How many amino acid equivalents should I use for my microwave assisted synthesis?

Every now and then I work with new groups as they embark on a journey incorporating peptides and peptide synthesis into their research.  More often than not, no one in the group has experience with peptide synthesis as they are just getting operations off the ground.  As a result, one of the most common questions I receive from these groups is how much amino acid should be used during synthesis.

END_OF_DOCUMENT_TOKEN_TO_BE_REPLACED

How to purify synthetic peptides - what are the options?

Would you ever consider an alternative to reversed- phase HPLC to purify your synthetic peptides?  It seems like a silly question, right.  And like many of you, I literally laughed at my Product Manager when he asked me this same question in my first days at Biotage.

Fast forward a few years and my answer to that question is now very different.  For those of you that have followed this blog, you’ll know that I have switched to reversed-phase flash chromatography almost exclusively for my peptide purification.  In today’s post, I’ll highlight some of the critical reasons that have influenced my change in mindset.

END_OF_DOCUMENT_TOKEN_TO_BE_REPLACED 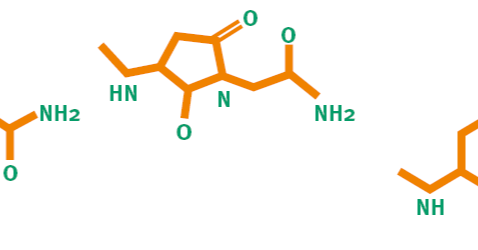 Has my peptide undergone an aspartimide rearrangement?

Side reactions.  Words that cause a little shiver to run down every peptide chemists’ spine.  As peptide chemists, we worry about both chemical side reactions like diketopiperazine or aspartimide rearrangements, and secondary structure formation as causes for failed peptide syntheses.  But how do you know what to look for?  What is a susceptible sequence and how can you confirm if one of these structural rearrangements has occurred?

In today’s post, I’ll discuss a couple strategies that have been published that illustrate how to identify if an aspartimide rearrangement has in fact occurred during your peptide synthesis.

END_OF_DOCUMENT_TOKEN_TO_BE_REPLACED 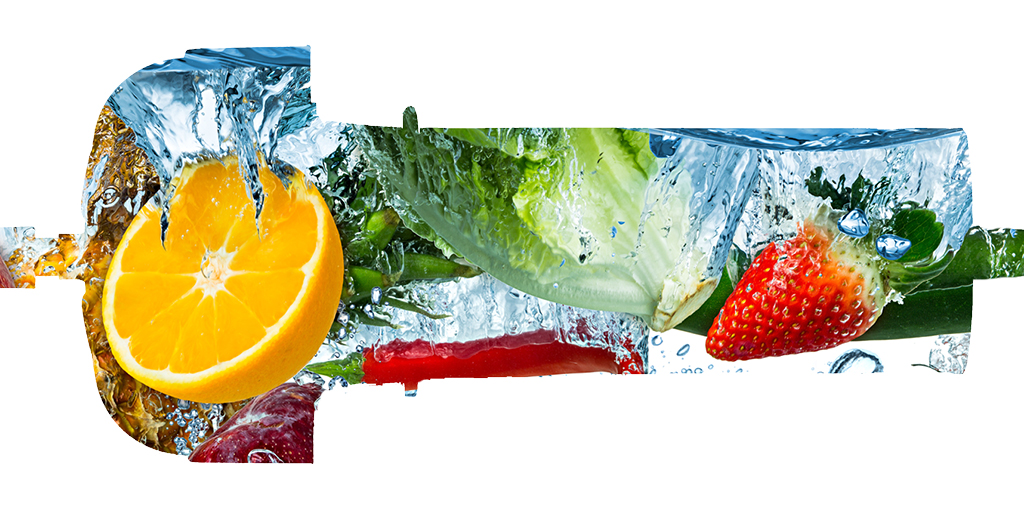 When purifying crude peptides, we always use a mobile phase modifier. The modifier simplifies a potentially complex purification by driving the desired peptide, and any impurities in the sample, into a single protonation state. That way, you're only trying to purify a single peptide, rather than many variants of the same peptide that only differ by the presence or absence of a couple protons - from many peaks to one!

Acids are commonly used as mobile phase modifiers. Some groups choose trifluoracetic acid (TFA), while others choose formic acid (FA). But are there others that should be considered as well? In today's post, I'll explore the use of an acidic buffer as a mobile phase modifier and compare the purification efficiency to that observed with TFA.

END_OF_DOCUMENT_TOKEN_TO_BE_REPLACED 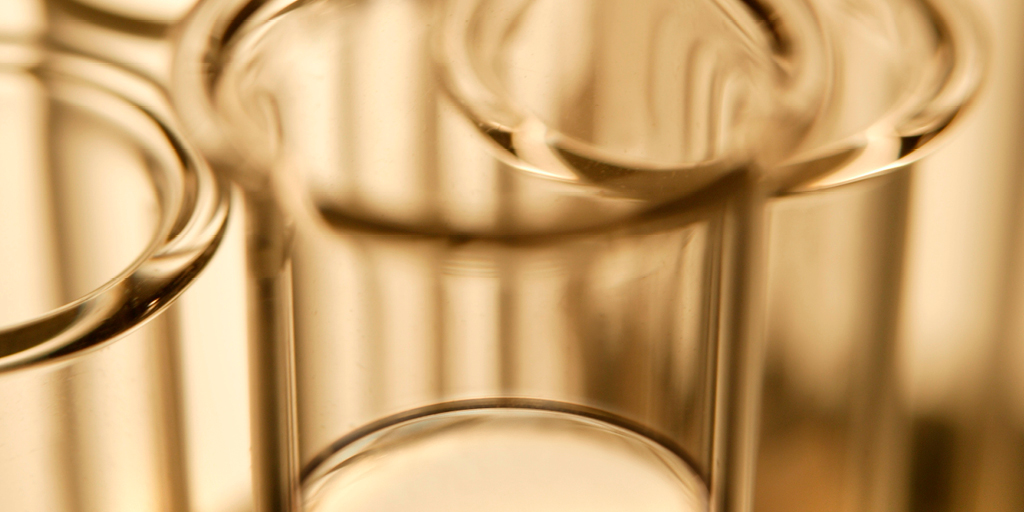 We all use mobile phase modifiers, regardless of purification strategy, for purification of our synthetic peptides.  With ionizable side chains, something that affects the pH of the mobile phase is a must to ensure that the desired peptide (and any impurities) elute from the column in a single, well defined peak.

While a 0.1% modifier concentration is basically standard these days (sometimes you'll see different),  I started to wonder if this was really enough modifier to fully protonate all possible side chains when using flash chromatography to purify peptides.  In today's post I'll look into the effects of different mobile phase modifier concentrations with respect to general peak shape and final sample purity.

END_OF_DOCUMENT_TOKEN_TO_BE_REPLACED 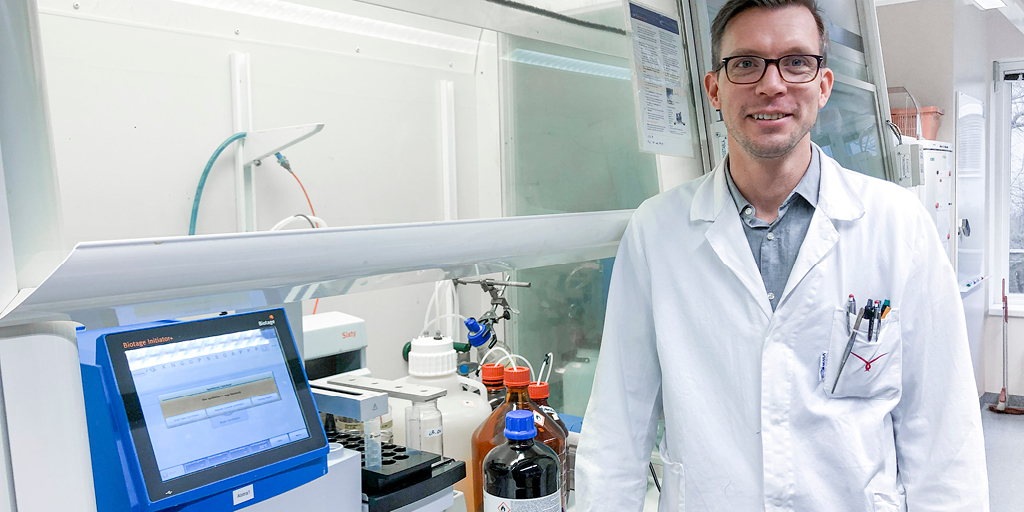 Red Glead Discovery (RGD) is a pre-clinical drug discovery CRO offering a broad range of services to Life Science clients. With a focus on small molecules and peptides, their drug discovery platform ranges from medicinal chemistry and synthesis to ADME and biology. In addition to the CRO business, they also perform research collaborations with various biotech and academic partners.

END_OF_DOCUMENT_TOKEN_TO_BE_REPLACED 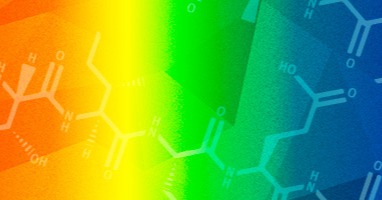 How to improve peptide purification by altering the mobile phase pH

Peptides, by nature, are composed of amino acids with potentially ionizable chemical moieties. The ionization state of any of these moieties can significantly impact the peptide’s chromatographic behavior, both in terms of peak shape and retention by the solid support.  Peptide purification by reversed-phase chromatography, however, almost exclusively includes an acidic additive to the mobile phase solvents, maintaining the solution at a pH of 2-3 throughout the purification cycle.  But have you ever considered trying an alternative additive in the mobile phase to improve your purification results?

END_OF_DOCUMENT_TOKEN_TO_BE_REPLACED 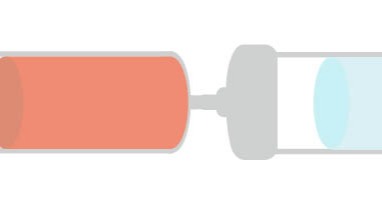 One common technique in HPLC for improving difficult peptide separations is to extend the column length, a topic I explored for flash chromatography in a previous post.  However, alternative purification strategies are sometimes necessary as the purification bottleneck grows with increasing peptide library size, both in number and scale.

In this post, I explore using two identical size cartridges in series with each packed with a different stationary phase.  I wanted to try this to see if I could improve peptide purity with the ultimate goal of reducing the time demand of peptide purification.

END_OF_DOCUMENT_TOKEN_TO_BE_REPLACED 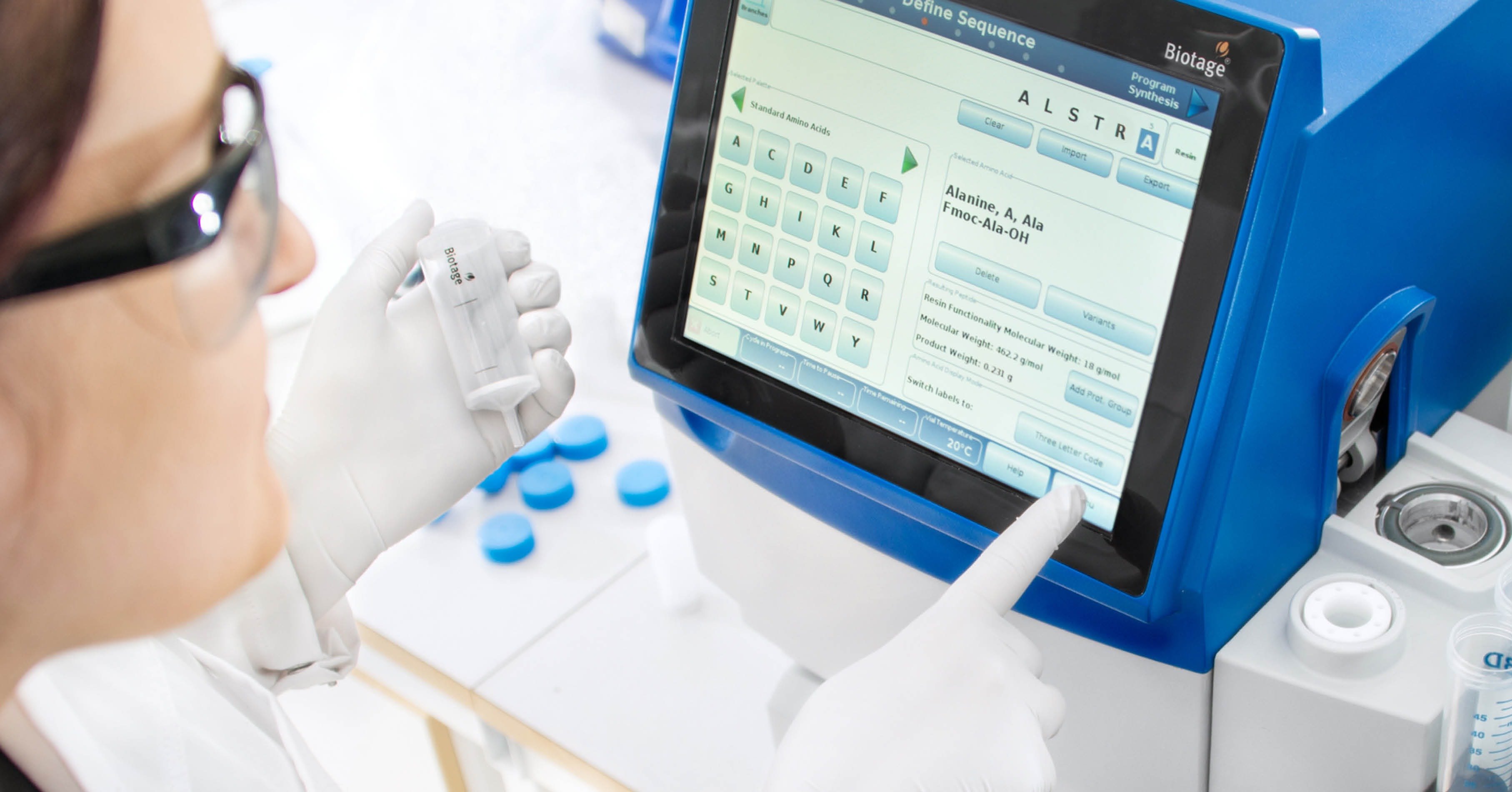 Peptides, while exhibiting potential for unique specificity and affinity, still suffer from stability issues when introduced to a biological system.  One strategy to overcome these stability issues is include a covalent bond, creating a peptide macrocycle.

END_OF_DOCUMENT_TOKEN_TO_BE_REPLACED 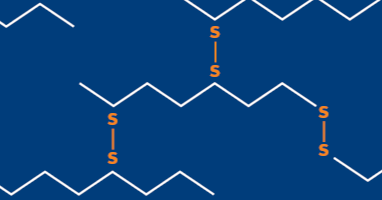 Disulfide Rich Peptides - which order should the disulfide bonds be formed?

Disulfide rich peptides are being identified in species of both plants and animals at increasing rates. As new molecules are discovered and disulfide bonding patterns characterized, the need for simplified chemical synthesis strategies is also increasing.

I have previously written about optimizing removal of several orthogonal side chain protecting groups including allyl, alloc, ivDde and acetamidomethyl (Acm) groups. The question that I’ll address today, though, is does the order in which the disulfide bonds are formed matter for cleaning up reactions to produce chemically synthesized disulfide rich peptides?

END_OF_DOCUMENT_TOKEN_TO_BE_REPLACED 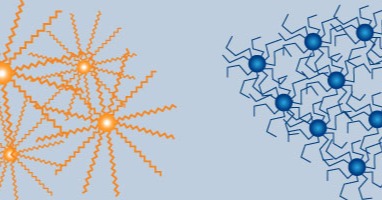 Which Stationary Phase Should I Chose For My Peptide Purification?

Almost all the peptides I have synthesized were subsequently purified using a reversed-phase C18 column.  Sometimes this worked, but sometimes it didn’t work so well.  When my C18 purifications failed, I questioned whether or not I could have predicted this outcome prior to extensive HPLC efforts.  Since then, I have learned that the amino acid composition of the peptide may give some clues to the peptide’s chromatographic behavior.

While there are numerous stationary phase functionalization types for reversed-phase chromatography, in today’s post I will describe some differences I have observed when purifying peptides using C18- or C4- functionalized stationary phases for peptide purification.

END_OF_DOCUMENT_TOKEN_TO_BE_REPLACED 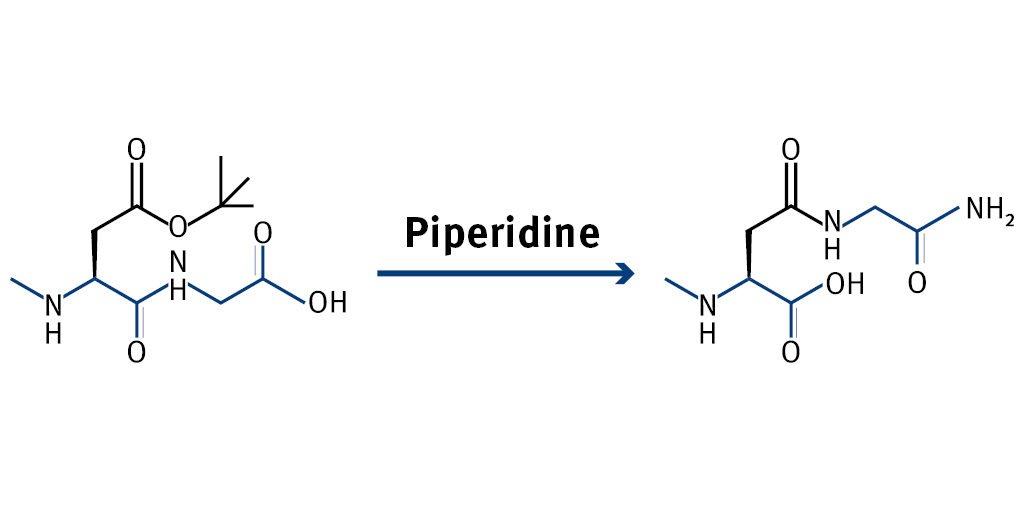 Aspartimide rearrangements are a particularly nasty side reaction that can occur during fmoc-based solid phase peptide synthesis.  Not only is this a mass-neutral side reaction, chromatographically resolving the undesired, rearranged product can be particularly difficult.  To make matters worse, this side reaction can occur at any point during the synthesis after the Asp has been incorporated into the peptide.

END_OF_DOCUMENT_TOKEN_TO_BE_REPLACED 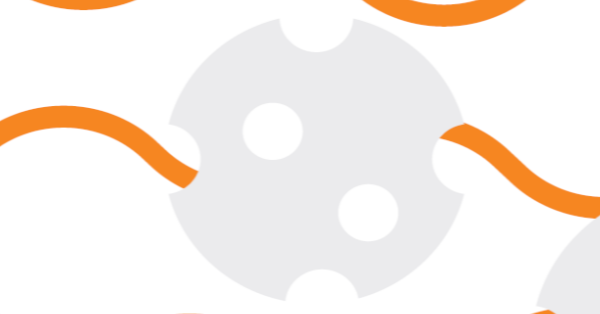 In a previous post, I evaluated how flow rate can impact my purification efficiency using flash chromatography.  I noticed though, that my peptide eluted significantly later with high mobile phase flow rates.  I hypothesized that the increased pressure (caused by higher flow rates) was driving the compound further into the pores, increasing the overall interaction with the stationary phase and causing the increased retention.  We know that the particle size and particle pore size impact resolution and purification efficiency, so how does flow rate play a role with a different stationary phase?

END_OF_DOCUMENT_TOKEN_TO_BE_REPLACED
Prev All posts Next