Peptide Synthesis - What do you need to get started?

More and more we are seeing groups that would historically undertake only traditional organic chemistry or possibly biochemistry/biology, incorporate peptides into their research programs.  While this is good for expanding the application scope and diversity in the peptide space, bringing synthesis in house can be a daunting undertaking.

In today's post, I'll talk about what it takes to get a peptide synthesis operation up and running, with a few considerations along the way.

For most peptide chemists, the process of synthesizing, then purifying and finally drying down their peptide (aka peptide workflow), Figure 1, is a necessary evil that must be completed before an actual experiment can start.

The price of purchasing either catalog stocked or custom synthesized peptides has reduced significantly, making this a very attractive option.  At some point though, many groups will undertake a cost-benefit analysis that can be used to decide whether or not to bring peptide synthesis in house.

There are two major areas to address if you decided to bring peptide synthesis in house 1) equipment and 2) personnel.  Peptides can certainly be synthesized on solid support using manual procedures, but this is very time intensive and tedious work.  So depending on the number of peptides you may need to synthesize, you'll want to consider bringing in a peptide synthesizer.  These systems can range in price (for new systems) anywhere from $30k to $200k and up, with a wide range of software flexibility and synthesis scale capability.  A critical fact is the skill level of the scientist performing the synthesis.  I've written within this blog about many strategies to improve the outcome of your peptide synthesis, but at the end of the day this is something that is best learned by practice.  Programming an automated synthesizer is relatively straightforward, troubleshooting a failed synthesis can be much more difficult though.

Once synthesized, the vast majority of peptides are purified before moving into an assay for evaluation.  There are several different techniques, all generally utilizing reversed-phase chromatography, that can be employed to purify your peptides, and fortunately the synthetic peptide chemist is also likely the best equipped to purify the peptides as well.  The biggest thing to consider at this point is what level of purity do you actually need?  It is important to note that purification often becomes the bottleneck in a peptide workflow.  Synthesizers enable synthesis of many compounds simultaneously, but purification is still performed one compound at a time.  Significant amounts of money can be invested in purification systems to purify peptides to >99% purity for an assay that may only required ~70% purity, Figure 2.  Is all that time and solvent consumption really worth it in this case? 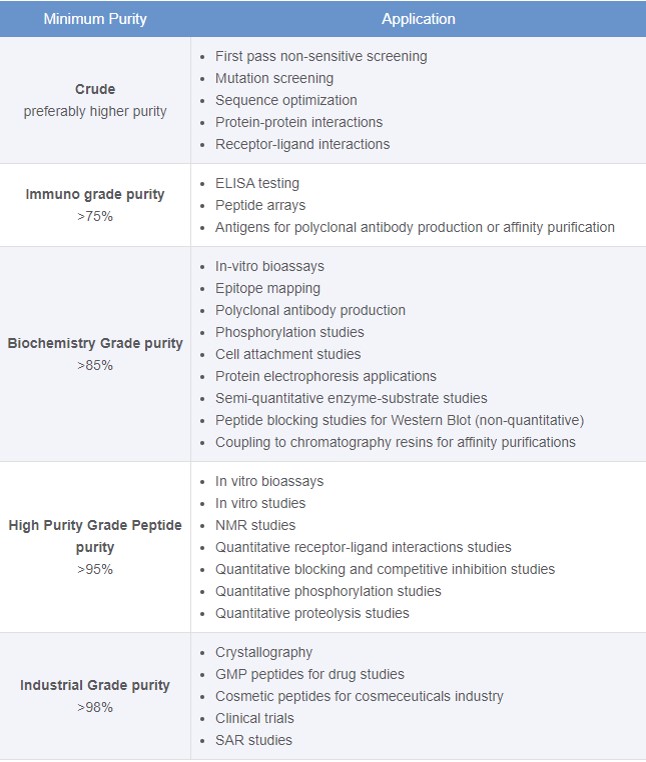 Figure 2.  Purity requirements for peptides evaluated in a variety of common assays.

Although I sort of think about purification and mass spectrometry as a single component, that isn't always the case.  Peptides are characterized by analytical HPLC (single gaussian peak) and confirmed with mass spectrometry.  Having access to mass spec will be critical for a peptide operation.

While the most significant investment is typically in synthesis and purification  equipment, evaporation cannot be overlooked.  Peptides are typically delivered as a lyophilized powder.  But not all lyophilizers (or alternative evaporation systems, Video 1) are created equal.  You'll want to keep in mind chemical compatibility (is it safe for ether or TFA?) and also condensor temperature (you don't want to rotovap off the acetonitrile before freezing the purified samples...). Getting started with peptide synthesis in house can be quite expensive, but all things considered, having in-house peptide synthesis capability enables flexibility to the utmost degree.  Changes in the number of peptides and even significant changes in chemistry (think: linear natural amino acid containing peptides progressing to cyclic and many unnatural amino acids) can be readily handled.

How have you handled transitioning between outsourcing and an in-house peptide synthesis group?

To learn more about how Biotage tools can improve your overall efficiency within the peptide workflow, follow the link below.