How to synthesize hydrophobic peptides - Choosing the Right Solvent

Every now and again I hear the question “which solvent do you recommend for my solid phase peptide synthesis?”  Historically, dichloromethane (DCM) was used as a solvent for solid phase synthesis as the kinetics of amino acid activation and amine coupling were much more favorable.  However, solubility concerns, particularly for Fmoc-protected amino acids limited the utility of the solvent.  Nowadays, DMF and NMP are the two principle solvents for both microwave assisted and room temperature solid phase peptide synthesis.  But the question remains, which one is better?

In today’s post, I will compare how the choice of dimethylformamide (DMF) or N-methylpyrolidone (NMP) effects the synthesis of a short yet very hydrophobic peptide.

In a previous post, I discussed how resin choice can impact the outcome of your peptide synthesis, particularly for a reasonably hydrophobic sequence.  One must also consider the solvent of choice for the synthesis as well though, considering different solvents will solvate the resin and growing peptide chain differently.

I think it’s unfair to say that one solvent is hands down better than the other.  There a pros and cons associated with each solvent under consideration.  The principle difference that I will describe is that of polarity.  DMF is slightly more polar than NMP and is often used to prepare highly concentrated solutions of coupling reagents. This greater solubilization capacity also becomes evident when synthesizing hydrophobic peptides.  Using NMP for synthesis of hydrophobic peptides can alleviate the aggregation and precipitation that may occur during elongation, ultimately increasing the overall crude yield and purity.

Typically, this is observed for long peptide sequences, but I have experienced aggregation and on resin precipitation for hydrophobic sequences as short as 9 amino acids.  The peptide I’ll investigate today is only 7 amino acids, but its richness in Ile (isoleucine) residues yields a GRAVY value of 1.157.  I have to say, this is probably the most hydrophobic peptide that I’ve ever synthesized.

I first synthesized the 7-mer using DMF as the principle solvent.  All amino acids and coupling reagents were dissolved in DMF and washes after the deprotection and coupling steps were also conducted with DMF, Figure 1.  I chose DIC and Oxyma as my coupling reagents and proceeded synthesizing with single couplings at 75 ˚C for 5 minutes.  There are a couple of His residues in this sequence and those were coupled at 50 ˚C to avoid side chain racemization. 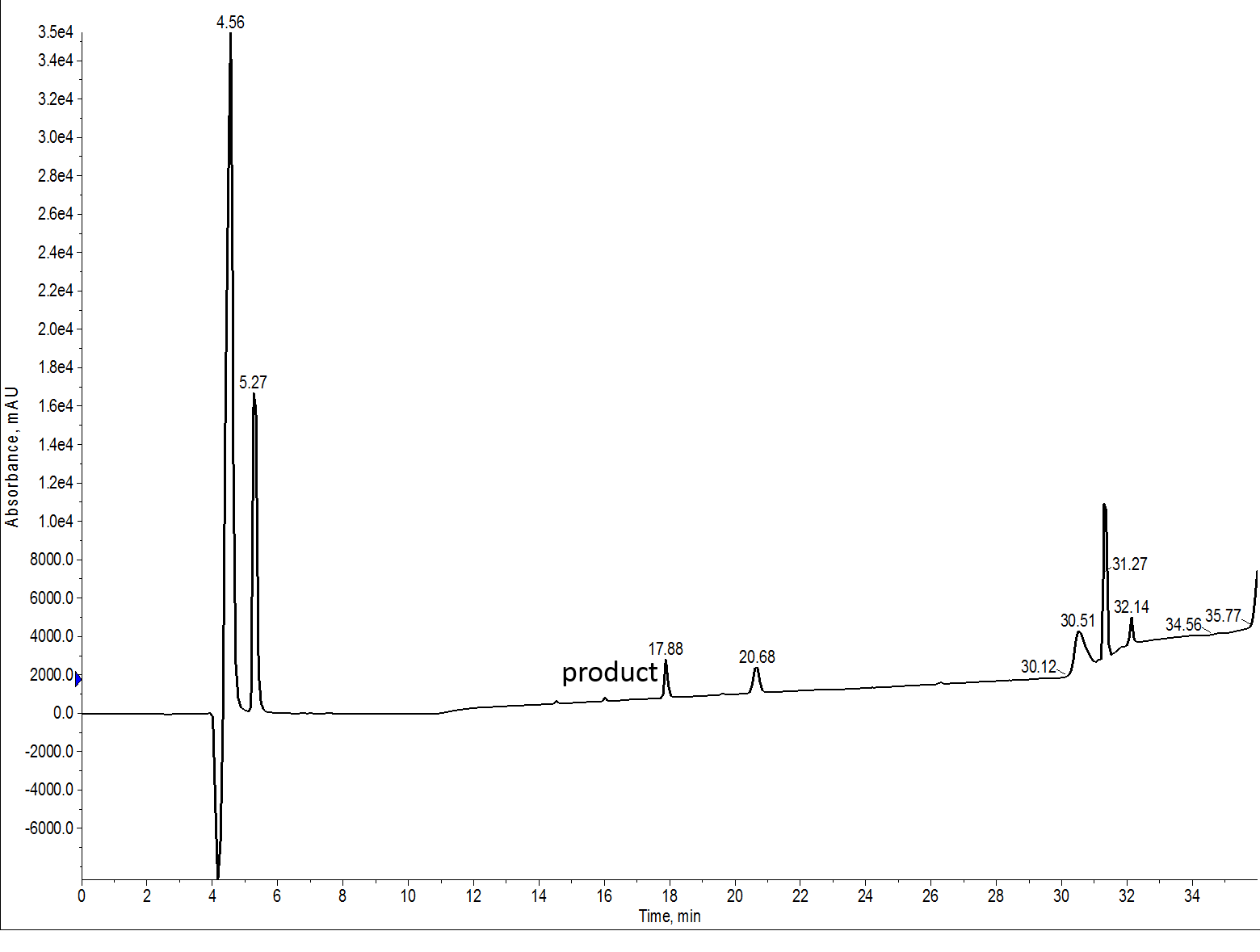 Figure 1: Crude analytical HPLC of the 7 amino acid peptide synthesized with DMF. The peptide was evaluation using a C4 functionalized column due to its extreme hydrophobicity.

Unfortunatly, the UV signal is incredibly weak for this peptide, largely due to its insolubility.  A few drops of peptide in cleavage cocktail into HPLC grade water resulted in a snow storm of precipitation.  Not a good sign for any type of chromatography.  Fortunately though, the presence of His residues allows for stable protonation at low pH, enabling strong signal by mass spec, Figure 2.

Figure 2: TIC for the crude 7 amino acid peptide synthesized with DMF. The desired peptide is contained in the largest peak.

Fortunately though, the mass spectrometer is much more sensitive than UV, particularly for contaminants peptidic in nature.  Although you should never use a TIC for quantitation of peptide, I’ll use the TIC today for a qualitative comparison in purity.  We can see that the desired peak is in fact the predominant peak in the mass spectrum, but a large number of ions are also present as fairly sharp peaks throughout the gradient.  These peaks represent contaminating species of molecular weight greater than 500 Da and are peptidic in nature.

With this data in hand, I repeated the synthesis of my 7 amino acid peptide.  This time though, I chose NMP as my principle solvent, Figure 3.  As before, the amino acids and coupling reagents were dissolved in NMP and wash steps were also conducted with NMP.  This strategy prevents any alteration in resin swelling capacity due to mixtures of solvents. 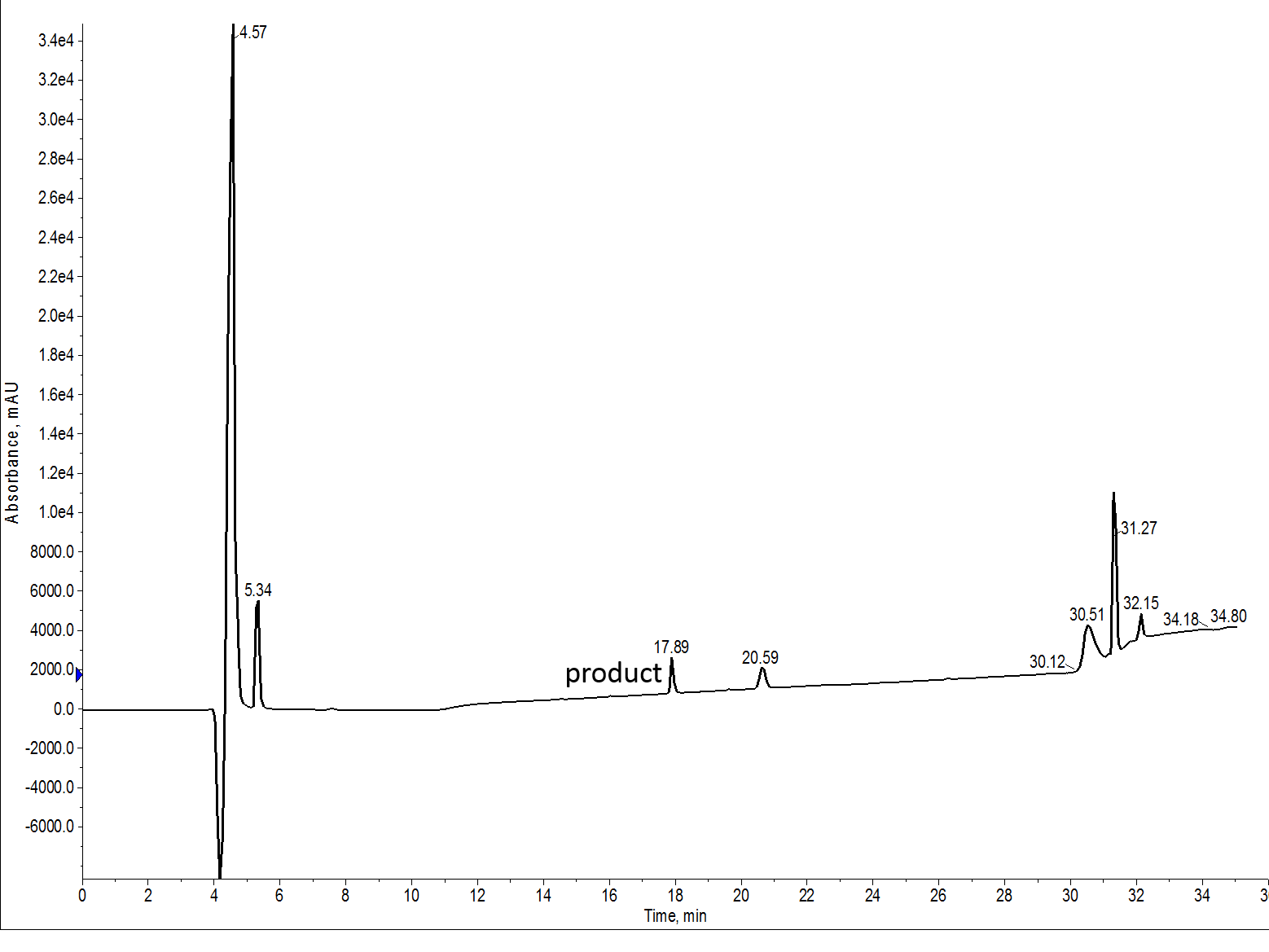 Figure 3: Crude analytical HPLC of the 7 amino acid peptide synthesized with NMP as the principle solvent. This sample was also evaluated with a C4 functionalized column.

As seen previously, the UV signal is incredibly weak for this peptide.  The loading levels for each injection appear to be very similar when comparing the injection peak for each sample.  The synthesis conducted with NMP is definitely cleaner, although the differences in the UV traces isn’t significant.  As much as I would have liked a stronger signal, the solubility of this peptide simply would not allow for a more concentrated solution. 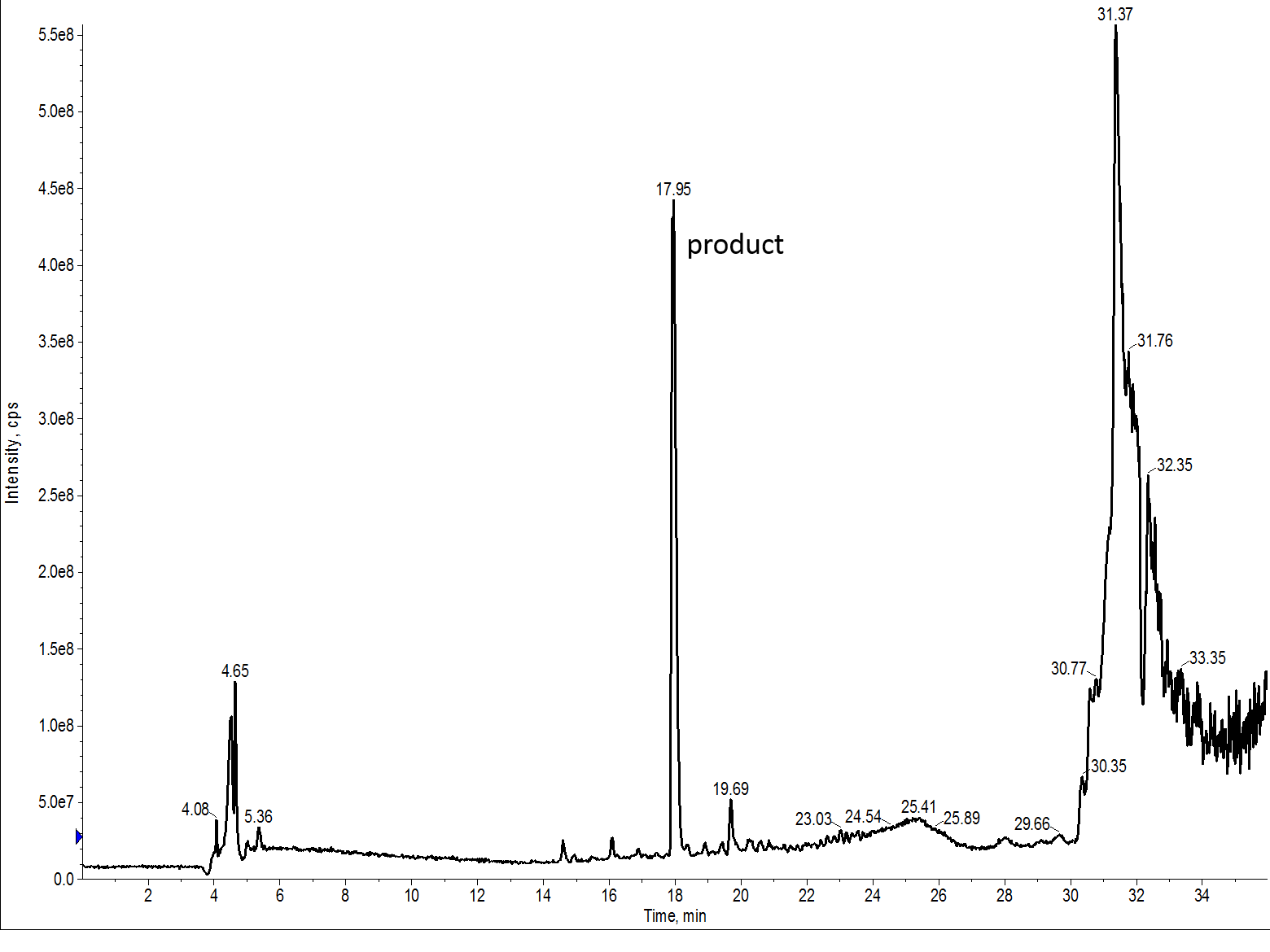 Figure 4: TIC for the crude 7 amino acid peptide synthesize with NMP as the principle solvent.  The desired peptide is contained in the largest peak.

Despite the short peptide length, the extreme hydrophobicity can prevent and efficient synthesis.  Using NMP for the synthesis improved the crude purity when compared peptide synthesized with DMF as the solvent is less polar and maintains the peptides' solubility during elongation.  This result correlates with similar observations for peptides of much greater length.

When do you choose to use NMP over DMF for your peptide synthesis?

Interested in learning more about how Biotage tools can improve your overall peptide workflow efficiency?  Click the link below.