How to purify hydrophilic peptides - Why won't my peptide stick to my column?

Conversations are routinely held regarding handling hydrophobic peptides, but hydrophilic peptides offer their own challenges when it comes to purification.  In a previous post, I synthesized Octa-Arg, an extremely hydrophilic peptide. I used  ion pairing reagents to increase the peptide’s overall retention by the stationary phase, but choosing the solvent should to use for solubilizing the peptide for purification by flash column chromatography was no easy task.

In today’s post, I’ll investigate several solvents commonly used to inject peptide samples for purification and evaluate their impact in peptide retention by the stationary phase.

In my analysis of Octa-Arg using analytical HPLC, I found that my peptide was not being retained by the C18 column, Figure 1.  Fortunately, I was able to complete my work at that time.  However, this irritation definitely requires some attention before I can get a high purity peptide. 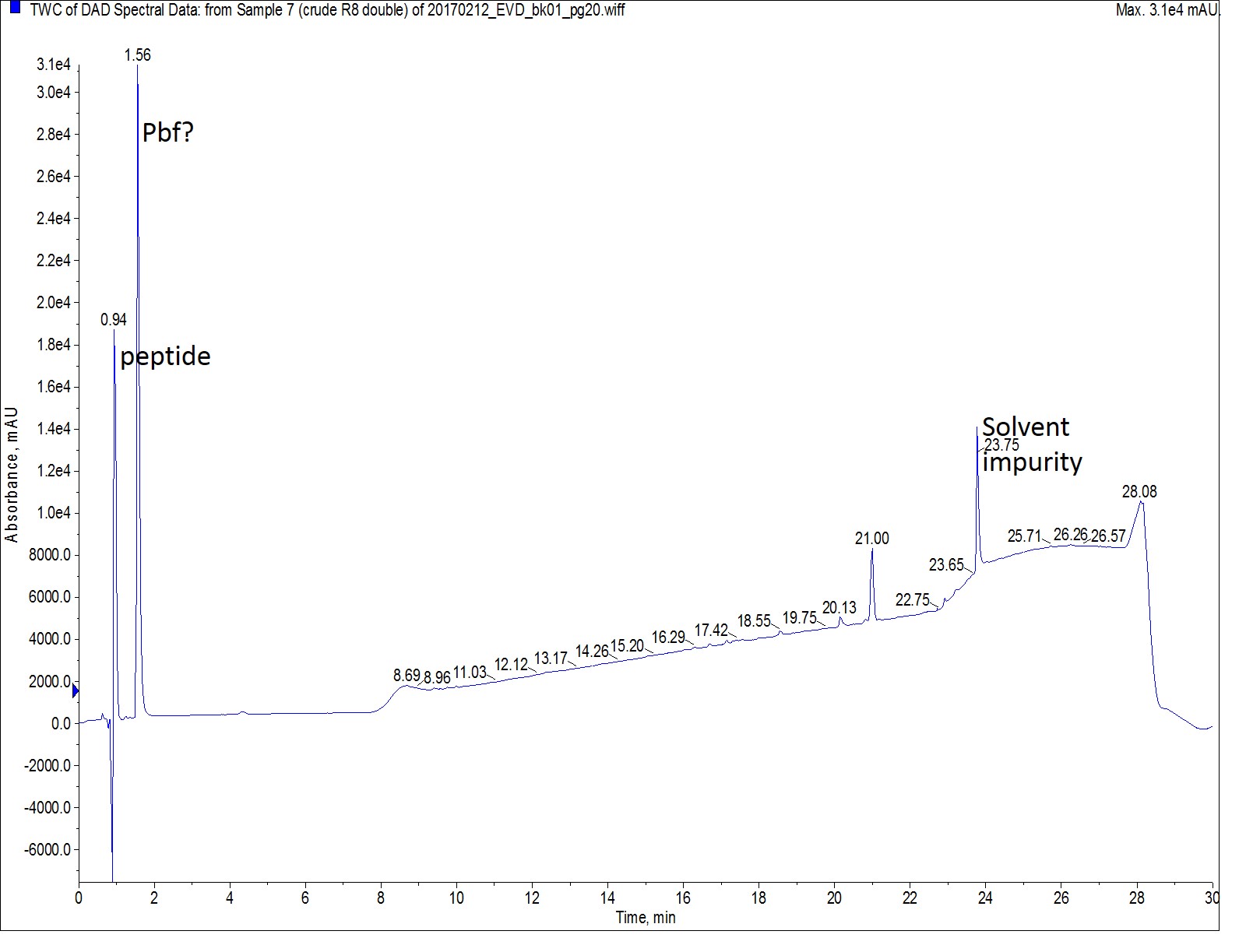 Figure 1: Analytical HPLC of crude Octa-Arg dissolved in methanol. The peptide is not retained by the C18 stationary phase under these conditions.

As a peptide chemist, I don’t often think about solvent strength and how it can impact my purification.  However, for this peptide, solvent strength must be considered for a successful purification.  My colleague, Bob Bickler, has done a lot of work investigating different injection solvents for small molecules purified by reversed phase, so I tested a few of these conditions for purifying Octa-Arg.

Despite my initial observations, I decided to start the evaluation with methanol.  Remember, in flash chromatography, the goal is to dissolve a maximal amount of peptide for a minimal volume injection.  In the case of methanol though, Octa-Arg was very minimally soluble, Figure 2. 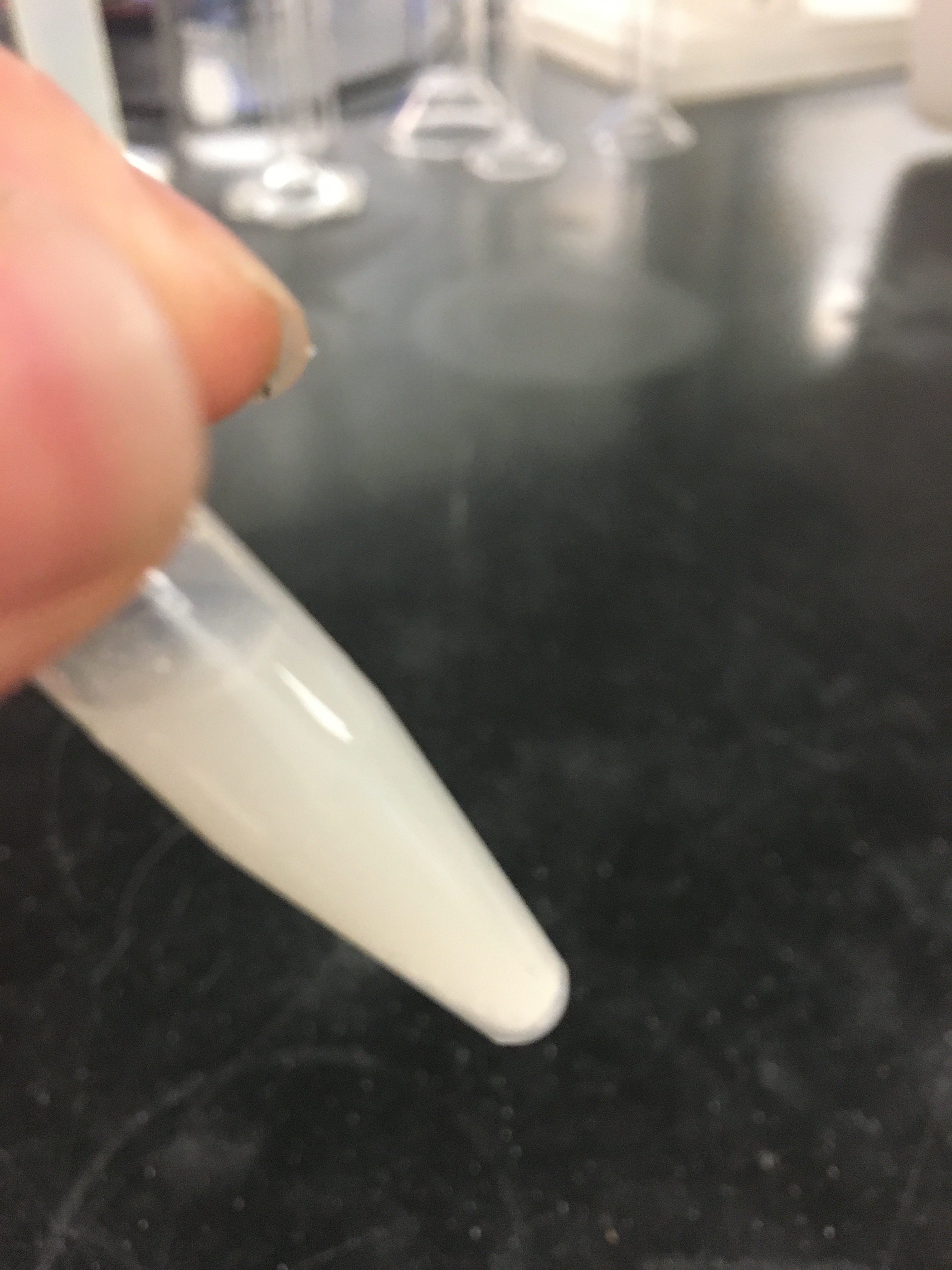 In light of this severe solubility issue, I did not pursue the purification any further.  Any chromatographic behavior could not be conclusively attributed to the injection solvent with this much insoluble precipitate present in the sample.

So I moved on.  I thought I would try DMF next since I have routinely used this solvent for peptide purifications, Figure 4.  The high polarity allows for very concentrated solutions of crude peptide samples, without the concern for oxidation that can come with using DMSO as your injection solvent. 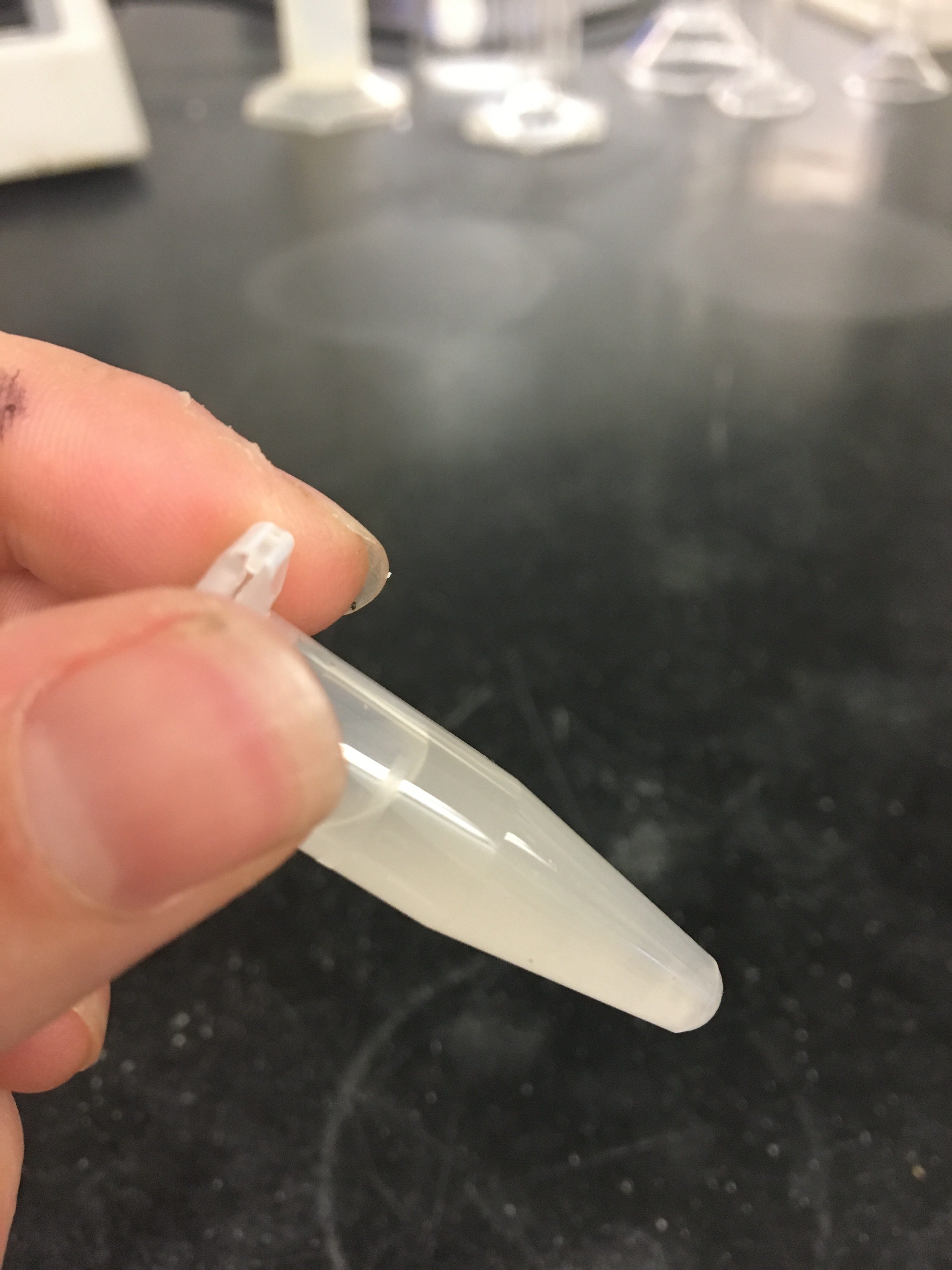 While the peptide seems more soluble in DMF than was observed for the methanol sample, this is still not suitable for purification.  In addition to concerns derived from the large fraction of precipitate present in the solution, a large injection volume of the very polar solvent can be detrimental to the quality of purification using a small C18 cartridge.  At this point, I decided not proceed forward with this sample.

So I resorted to DMSO.  I very frequently use DMSO to dissolve my peptides as I can often dissolve 100 mg of peptide in as few as 100 uL.  To keep injection volumes constant, I dissolved 30 mg of Octa-Arg in 1 mL of DMSO.  The peptide was finally fully solubilized, so I proceeded with the purification, Figure 4. 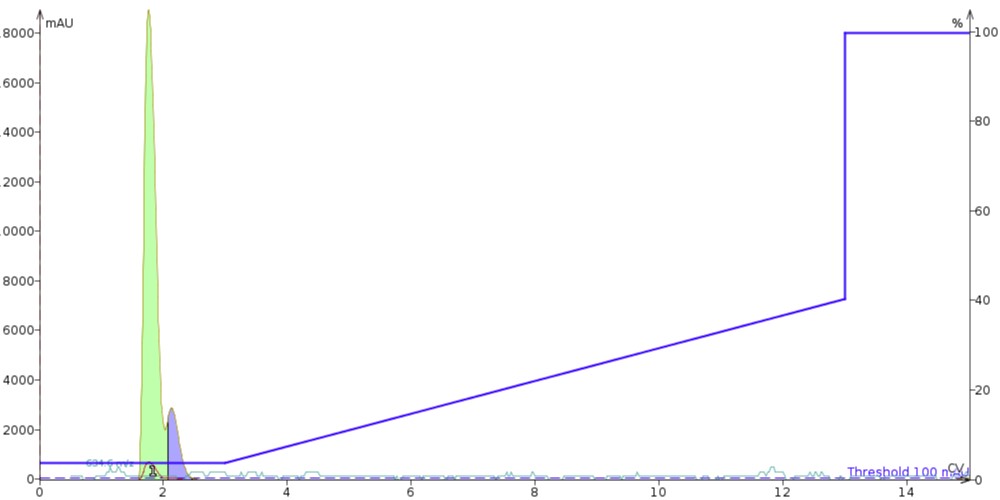 Figure 4: Octa-Arg dissolved in DMSO and purified using a gradient from 3% to 40% MeCN in water over 10 CV.

The extreme polarity and solvent strength of the DMSO is clearly limiting the mass-transfer kinetics necessary to retain this extremely hydrophilic peptide by the stationary phase alkyl chains.  While the sample concentration is desired, if the peptide cannot be retained by the stationary phase, the possibilities of achieving a purified sample are extremely limited.

As a last resort, I decided to dissolve the peptide in acidified water.  This harkens back to the standard HPLC strategy of injecting peptide with the initial mobile phase conditions.  I was initially hesitant to try water as my solvent because peptides often have limited solubility in water (100 mg/mL is considered VERY soluble) and loading a cartridge with a large sample volume, despite the actual concentration, can negatively impact the separation quality.  In this case though, Octa-Arg was readily soluble in water containing slightly more than 0.1% TFA to and was readily purified, Figure 5. 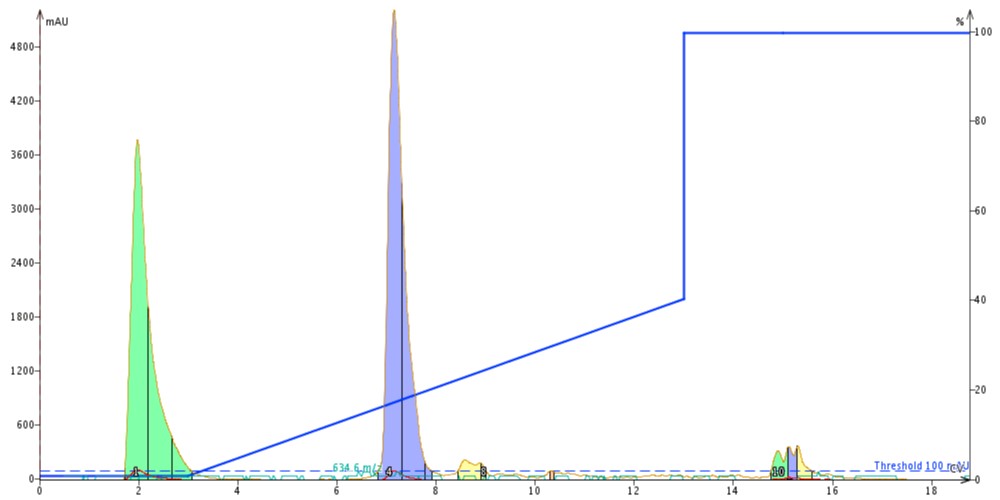 Figure 5: Octa-Arg dissolved in acidified water for purification. I dissolved 30 mg of peptide in 1-mL acidified water.  The peptide was purified using a gradient of 0% to 40% MeCN in water over 10 CV.

Adding TFA to the water was critical to fully solvating the peptide sample prior to purification.  The presence of the acid also served to increase the overall hydrophobicity of the peptide as an ion pairing agent, enabling purification of the peptide from other contaminating specifies.

When purifying hydrophilic peptides, the choice of injection solvent must be carefully considered.  Although a polar solvent is typically desirable for generating highly concentrated samples, the mass-transfer kinetics of partitioning the peptide between the mobile phase and the stationary phase can be hindered, preventing purification.  It may be that a sacrifice in sample concentration must be made such that the peptide can be retained and subsequently purified.

What tips do you have for purifying very hydrophilic peptides?

Interested in learning more about how flash chromatography can be used to reduce your peptide purification time?  Click the link below.