The synthesis of new chemical entities certainly has a high environmental cost due to the chemicals employed, especially in flash column chromatography, where large quantities of solvents are routinely used. The previous article in this series presented three strategies that can greatly reduce the environmental impact of your flash purifications: (1) purifying more product with less silica, and solvent, (2) making green chemistry work for you, such as changing to more environmentally friendly solvents, and (3) optimizing chromatography with more effective step gradients. Let’s look at how new developments in column design, simplifications in step gradients, and support from a leader in flash column chromatography can help in making your operation greener.

An evolution in column design helps you work smarter

The columns are as important as the instrument in achieving a smart approach to flash chromatography. For example, using a high loading silica in the column can result in as much as twice the loading of a conventional flash purification media, which means that on average the same amount of sample may be purified on a column half the size, resulting in a 50% saving in solvent consumption and time. 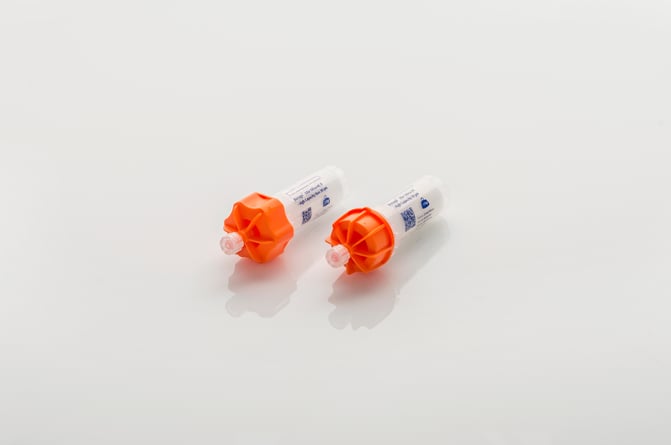 Adopting methodologies such as step gradients in flash purification greatly reduces the overall solvent consumption during the separation, and therefore determines how green the process can become. Step gradients are also much faster and more efficient than linear gradients when the primary aim is to separate a single component of choice from a complex mixture. These methodologies are well known but not often adopted since creating step gradients from their linear counterparts is considered difficult. The key is intelligent software that can make all the difference by automating this process. Expertise to help you make the best choices for your chromatography

The standard solvents for flash purification, ethyl acetate, hexane, dichloromethane and acetonitrile are used in the majority of flash purifications, and standard loading methods include liquid and dry loading. However, this isn’t the only way to perform flash purifications. Alternative solvents, methods and loading techniques can make a huge difference to chromatography, and a few small changes can have a big impact on the results.

We can help you make your flash chromatography greener

Our latest development in flash column chromatography, Biotage® Selekt system and Sfär columns help you to achieve flash chromatography with less environmental impact. You can now cut solvent consumption and time to result in half by using Sfär columns, which have spherical media that have the high packing and reproducibility that are essential when reducing the column size. Selekt system incorporates several ways to convert standard methods into greener versions using specific algorithms, enabling chemists not familiar with chromatographic theory to make the best choice for the environment and for their work. And as experts in flash purification, Biotage can help you take the best decisions for your work. We share our knowledge through blogs, training and white papers, helping you to make informed choices.