Varying the concentrations of mobile phase solvents during  flash purification chromatography enhances the ability of the technique to effectively isolate the desired compound from reaction by-products and unconsumed reagents.  Choosing how these concentrations will be varied over time has a significant effect on the purity and recovery of desired compounds.

What is the best starting strong solvent %?   What is the ending strong solvent %?  Should the mobile phase concentrations vary gradually in a linear manner or should they vary step-wise or something else altogether?  Most separations are performed once, occasionally a handful of times.  Because of this, spending effort optimizing a gradient is just not very productive unless there are aids in choosing the gradient profile that provides an effective purification with minimum effort.

Software in flash chromatography instruments, makes it simple to create a gradient.  Now, what should that gradient look like?

In this post I compare isocratic, step, and linear gradients and provide some sage advice on choosing among them.

In a previous post I discussed how to use normal-phase TLC data (Rf and % strong solvent) to create linear and step gradients.  While isocratic elution can be effective it does suffer from elution band broadening that diminishes sensitivity/detectability and increases the collected fraction volume. 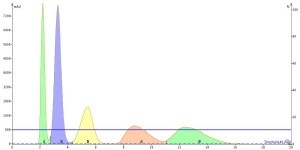 Figure 1.  Isocratic elution of 100 mg of a 5-component mixture on a 10 g silica cartridge. Notice the increase in peak width with increasing retention.

Linear gradients based on TLC data typically provide an improved separation as the gradient is defined by specific chromatographic parameters such as TLC strong solvent % and compound Rf values. If the compounds in the mix elute and separate with a specific % strong solvent on TLC, then a gradient based on the TLC plate’s data will be more accurate and elution more predictable than a generic 0-100% gradient.  Some TLC to linear gradient capable flash systems (e.g. Biotage® Isolera) will even estimate sample loading!Linear gradients, on the other hand, minimize band broadening since the elution solvent strength is increasing during the purification.  Linear gradients are simple and typically the default elution method for many flash systems.  Isco, for instance, uses a default 0-100% linear gradient over 16+ column volumes (CV) for their purification methods; Biotage does the same for its cartridge-based default methods but over a shorter 13 CV.  Though simple, this generic approach to chromatography is not always successful as the gradient slope may be too steep or too shallow to generate a suitable separation.

Figure 2. Linear gradient separation of 100 mg of a 5-component mixture using a 10 g silica cartridge.  The linear gradient reduces the peak width, increased peak height, and has changed the amount of separation between each of the peaks.

Perhaps a better alternative is a step gradient. As discussed in a previous post, a step gradient derived using solvent and Rf data from as few as two (2) TLC plates can be achieved.  Step gradients have the potential to separate and elute each compound individually in minimal volume with maximum resolution which, in my experience, relates to increased loading capacity – another step gradient benefit.Employing an isocratic hold or pause can help but where in the gradient do you add it, and for what volume?  Certainly, adding the hold during a peak’s detection won’t work as it is exiting the cartridge and entering the detector - it already eluting.  The hold needs to be built into the gradient at least one (1) CV earlier.  But this is all guesswork, not conducive to optimal time management and not guaranteed to work without multiple purification trial runs (who has the time?). 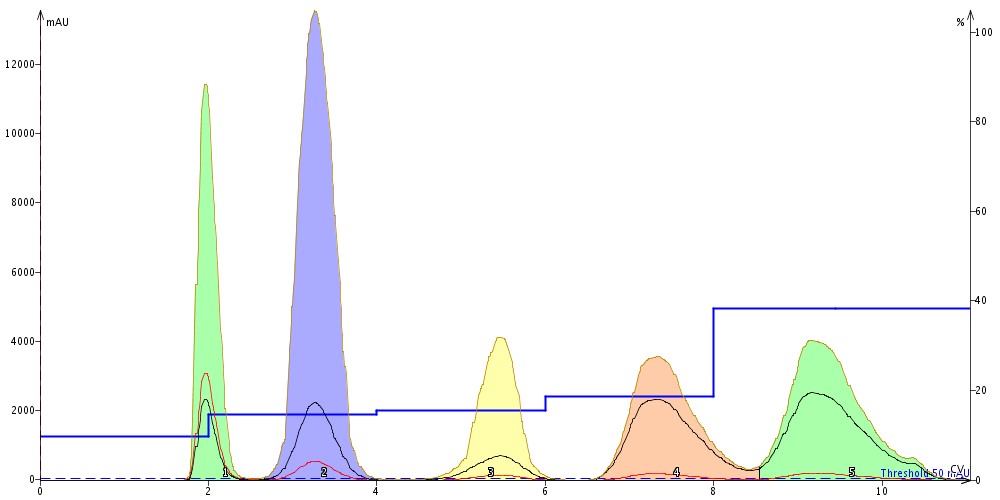 For my work I often will use TLC-based linear gradients for simplicity but if I want to maximize my compound purity or load capacity, I will develop a two or three TLC plates in parallel and create a step gradient.

If you're wanting to learn more about being successful in flash, read my white paper on the subject below!