How to work smarter with flash column chromatography

First, join me on a flashback to my past as a discovery chemist just fresh out of grad school and eager to make a difference in pharmaceutical research. I was advised by my boss to model my behavior after a colleague and labmate with a reputation of being highly productive and successful. I was also informed that ‘chemist productivity’ was measured by 1) the number of compounds (of sufficient quantity and quality) he/she registered in the company’s database and 2) meeting project milestones.

Determined to be that great too, I mirrored my labmate’s tendencies to set up parallel reactions and observed closely when he took care and time to purify his molecules with automated flash chromatography. He took the time to develop TLCs and select solvents and took narrow fraction cuts to get similar compounds separated and recovered. I, on the other hand, had been going with what I knew – my idea of flash involved pouring glass columns, running column chromatography methods using standard isocratic elution profiles, and being my own fraction collector. I realized then that I had to make a change to start working smarter to do my job and excel at it. Lesson learned. Time has passed, purification expertise gained, and now I am deeply involved in developing modern automated flash systems for organic chemists like me. Here are some of the most important things I have learned.

Use intelligent systems to improve your success with flash chromatography

Flash chromatography is still the go-to choice for chemists who want to get pure compounds in-hand fast! Oh, and there has to be enough compound to use as starting material in the next reaction sequence or be of sufficient quantity for compound submission. So, why do so many leave purity and recovery to chance when purifying by flash? No time to strategize about it? Too confident that status quo methods will always deliver? Not an expert chromatographer? Everyone can take a position, but the most highly productive chemists work smarter with automated systems, which improve the success rate for their flash purification.

Get guidance and gain control through smart user interfaces

Flash systems with intuitive interface designs provide straightforward access to instrument control thereby enabling chemists to be operational in record time. Intelligent flash systems, with built-in chemist expertise, will provide the method development know-how and match the way in which the chemist works to ensure the separation works well the first time. For instance, such systems rely on proven algorithms that predict optimal gradient conditions for separations (while requiring minimal run times and solvent), based on the results from a chemist’s own TLC experiments.

The smartest system interface requires no formal operator training and unlocks a wealth of purification expertise in just a few clicks so that chemists can feel they are in fully in control without added tedium. In the end, chemists can come to rely on an intelligent flash platform, then control is regained in the purification process and it likely becomes a more enjoyable task, perhaps like the satisfaction one feels when retrieving funds from the local ATM.

Here’s the scenario: Imagine a complex mixture comprising starting materials, by-products, target compound, impurity, etc. How can I use my automated flash system to quickly achieve high purity and maximum recovery of my target compound? Forget chance. I have to know I can get it submitted today, but wasting time is not an option. No time to waste on purification do-overs either.

Beginning with the end goal in mind, we want to obtain enough of the right molecule (or ‘target’) that is pure enough for subsequent testing or use as a starting material in the next synthetic step. Getting the desired result with flash chromatography simply boils down to understanding the chemistry and making a few key decisions.

Make well-informed choices based on your chemistry knowledge

First, sample solubility helps us know which elution solvents are best for the mixture as well as which solvent is best for dissolving the crude mixture. Generally, mixtures containing non-polar organic soluble target compounds are best purified with normal-phase flash chromatography and vice versa.

Second, understanding the target’s functionality will help to determine if it is acidic, basic, or neutral overall and whether or not pH modifiers will be needed to optimize mass-transfer kinetics during the separation. Such modifiers are powerful for improving peak shapes, a really important aspect directly tied to fraction triggering and target compound recovery. Knowing these variables is a great start to a successful purification strategy. Keep in mind that mixtures containing polar organic solvent and water-soluble target compounds are best purified with reversed-phase flash chromatography. However, making a decision to go reversed-phase in flash purification is seldom a choice since organic chemists worry about sample loss and excess time dedicated to subsequent evaporation. Such challenges have already been overcome with modern evaporation systems. 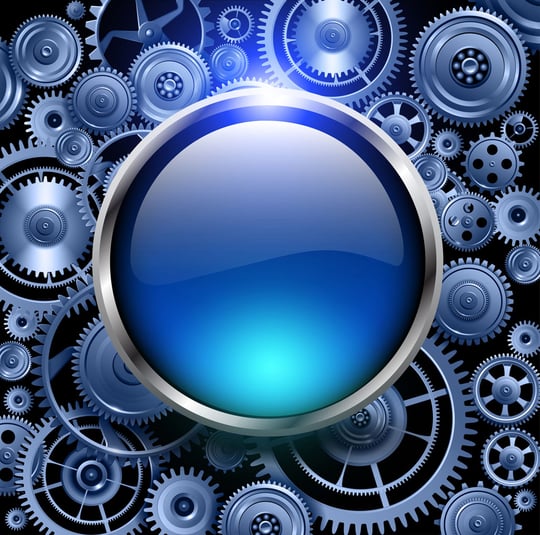 Bringing it all together in practice

Once a decision has be made as to which purification mode (normal- or reversed-phase) and associated column media will work best for the flash separation, the next step is to determine the best separation conditions. The separation method conditions might include which solvents to use, their ratio, and which modifiers to add, if any.

TLC can be used to find a suitable solvent system that separates the targeted compound from the other sample components. Next, it is time to rely on the built-in intelligence of the automated flash system, which uses TLC input (Rf values) to optimize the separation conditions. The outcome can be either an isocratic or linear gradient method that is efficient, produces fewest fractions and minimizes solvent usage. It is possible to know that, with just a few key choices, you can greatly increase the certainty of your flash purification outcomes.

For more information on how to make informed separation choices and how to gain ultimate control of your flash purification using your automated system, you can read the next article or download Success with Flash Chromatography.

Read More on how to keep control of purification

To find out more