What is a step gradient and why should I use it?

Most chemists I meet utilizing flash chromatography use linear gradients. These gradients are either very generic (X% to Y% over a certain time or volume) or can be complex with multiple slope changes and even isocratic holds. These complex gradients are often created during a purification to get the desired separation because the generic gradient does not provide enough separation for the target compound needing purification.

Rarely do I see chemists designing and using step gradients for their flash chromatography. You may be asking – what is a step gradient?

Well, a step gradient is a method designed with individual vertical and horizontal segments or steps, like stairs. These stairs or steps can be short or tall, short or long, increasing the solvent strength over time to create an improved separation for your target compound or compounds. Step gradients are very often used in natural product research, mimicking the extraction approach – start weak (hexane) and increase polarity by switching to other solvents, e.g., DCM, EtOAc, methanol, etc.

Flash chromatography step gradients are not typically that drastic, only using solvent polarity changes of increasing strength with a pair of solvents. The theory is that a mixture of compounds will have different solubility in the elution solvents and, by using steps of a certain solvent blend, some compounds will elute, and others will not, until a stronger solvent blend is encountered, Figure 1. This is true for both normal- and reversed-phase. 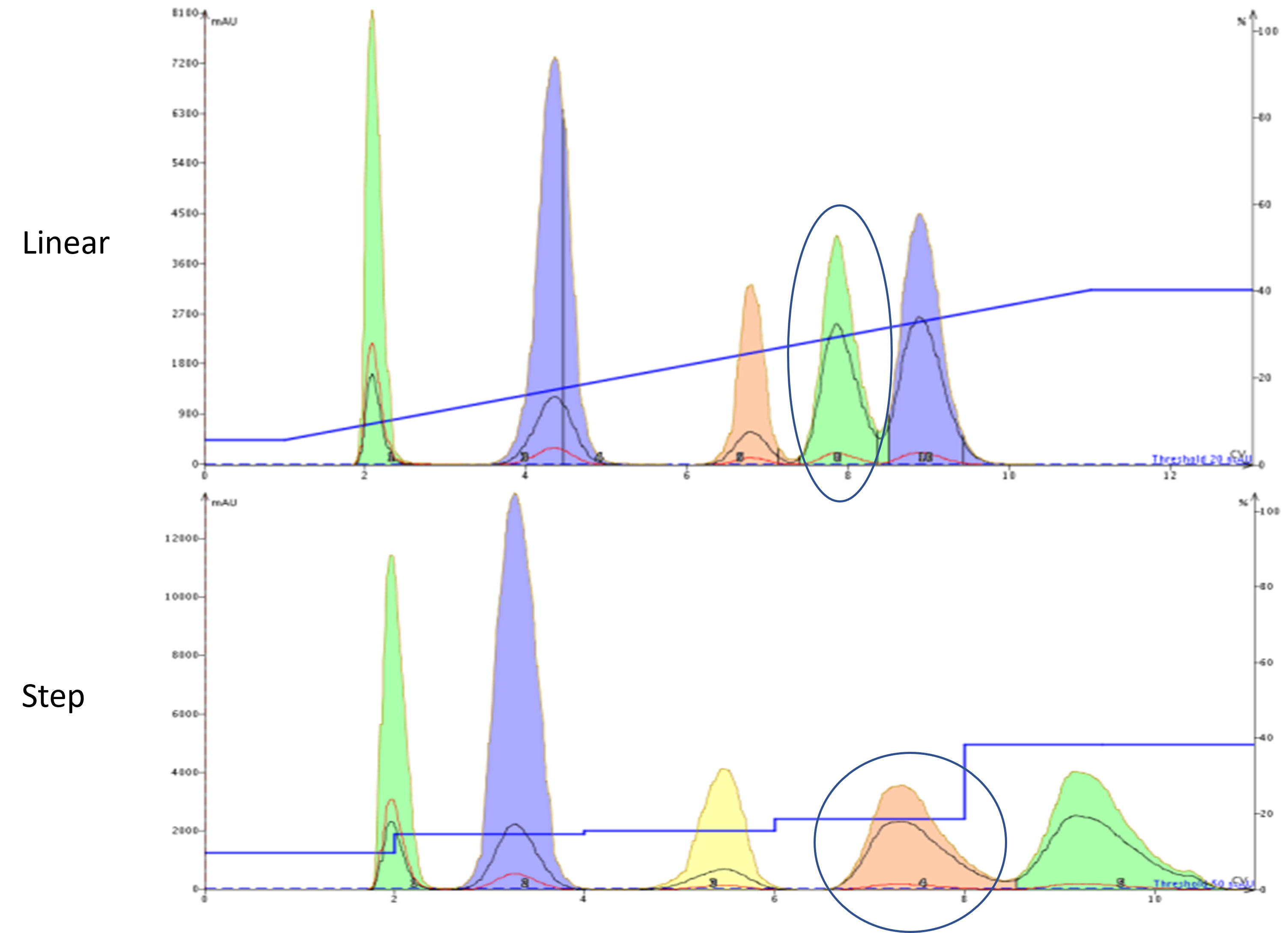 How are step gradients created? Normally, TLC data from two plates developed using the same solvents in different ratios is used. Biotage flash chromatography systems can interpret the data and convert it to a step gradient. 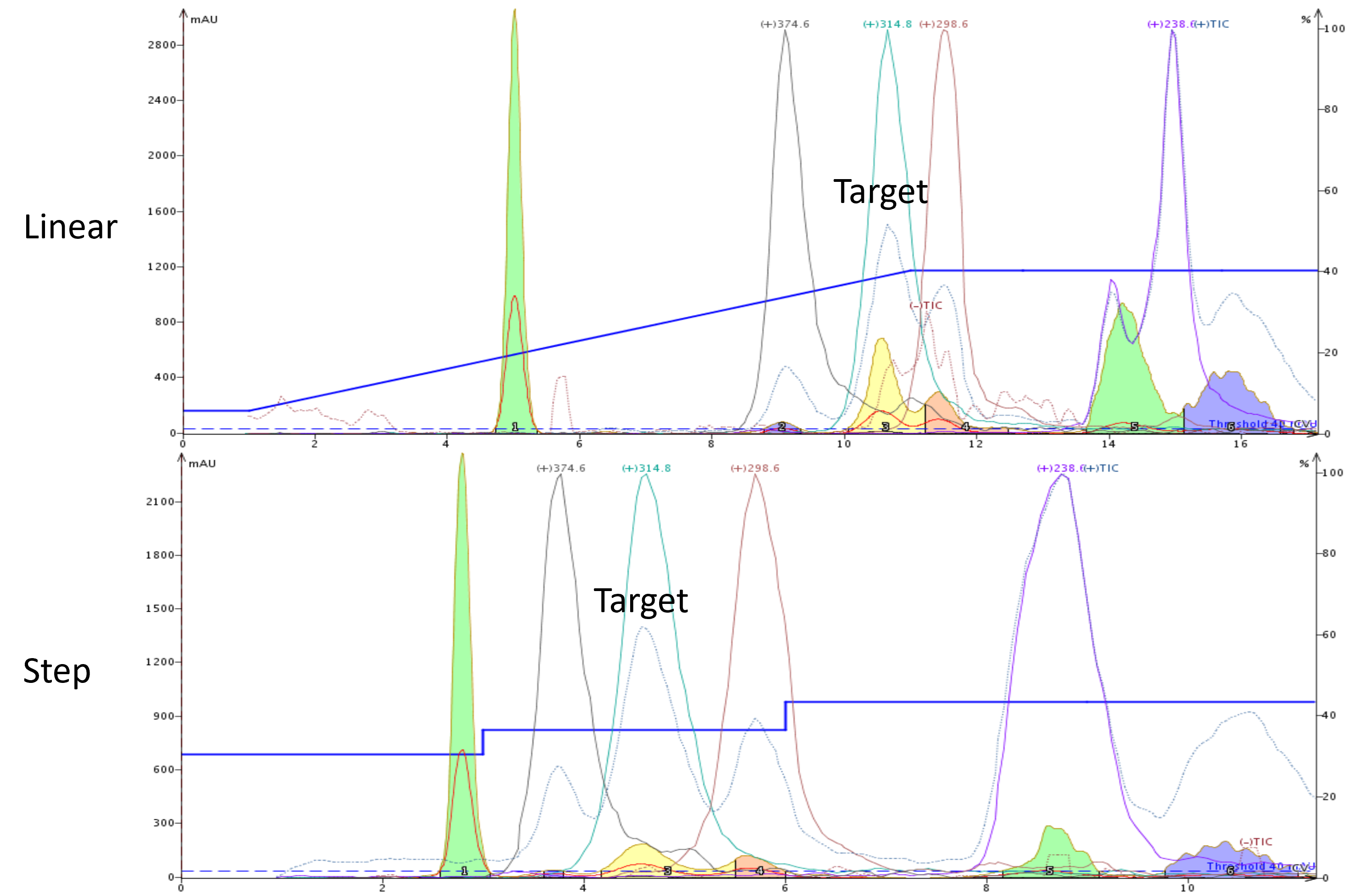 Figure 2. Conversion from a linear gradient (top) to a step gradient (bottom) improved the separation of the target compound (+m/z 314.8) from its trailing by-product (+m/z 298.6) and reduced solvent consumption ~30%.

There are a few reasons for this, 1) linear and isocratic methods do not provide enough separation between CBD and other cannabinoids, and 2) step gradients scale up more effectively, especially when using non-gradient creating instrumentation. 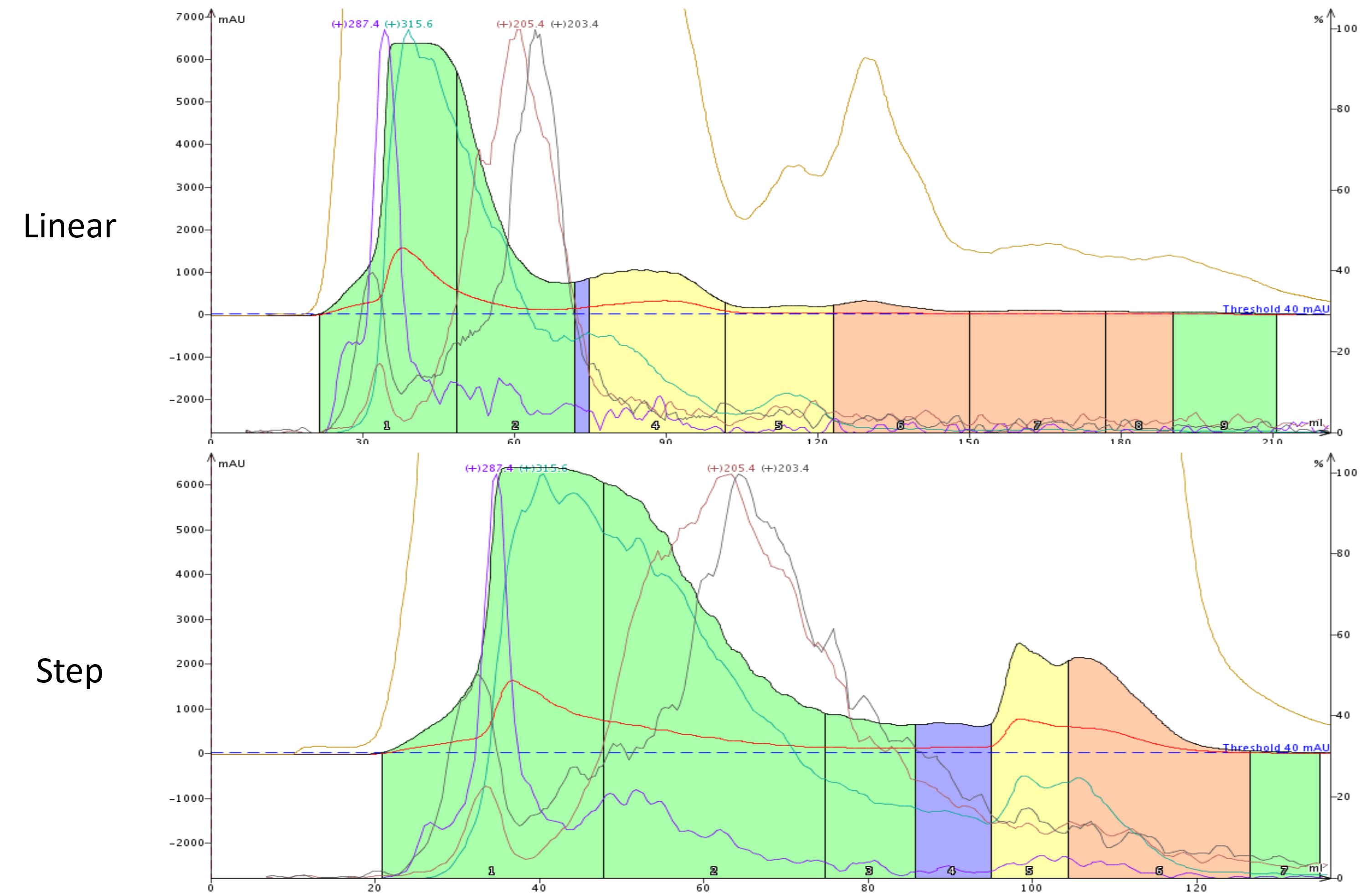 So, while linear gradients may be the “easy button”, use a step gradient to maximize target compound purity while reducing the amount of solvent needed for the purification.