Which solvents are best for terpene flash chromatography?

Well, it’s spring as I write this, my favorite time of year, and the foliage is in various stages of bloom. I like the rebirth of nature and the floral aromas that emanate from the blooms. These botanical aromas are the result of the various terpenes and terpenoids in the plant which can be very different between species.

While I don’t typically post on specific flash chromatography applications, apart from hemp, I felt the purification of these terpene compounds might be of interest, especially since the choice of chromatography solvent can dramatically impact not just their separation but also their detection.

So, how does the solvent choice impact terpene detection? Well, it is all related to the terpenes’ chemical structures, which are based on linked isoprene units, and the UV absorptivity of the chromatography solvents.

While many terpenes are saturated (no double bonds), low molecular weight compounds, most have at least one double bond, which will absorb UV in the 198-220 nm range. But that is where the problem lies, especially in regards to their chromatography. 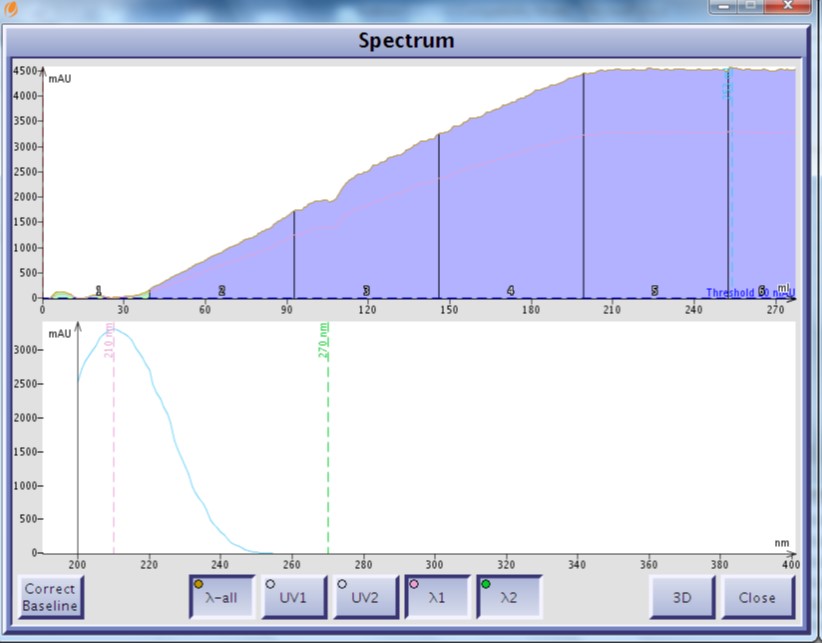 There are, however, other solvents with greater UV transparency at those lower wavelengths which can be used in place of EtOAc – acetone and methyl t-butyl ether (MTBE). Both solvents have high UV transmissivity in the needed terpene detection wavelength range of 198-220 nm, Figure 2. 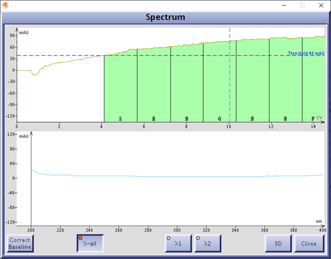 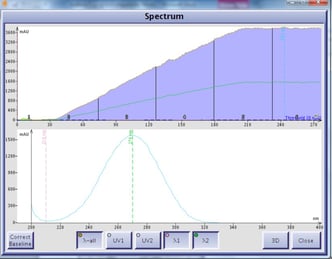 Figure 2. UV spectra of MTBE (left) and acetone (right). MTBE is fully transparent to UV light across all wavelengths while acetone has high UV transmissivity at lower wavelengths.

As an added benefit, MTBE is UV transparent throughout the wavelength range for conjugated and aromatic compounds (220-400 nm) unlike acetone’s strong absorption between 220 and 300 nm. Though in a different solvent selectivity group (I) than EtOAc and acetone (both group VI), MTBE has a similar solvent strength (0.43) meaning that compounds will have a similar elution volume at the same solvent ratio.

Great. How does all this impact the separation and isolation of terpene compounds? Well, let’s see.

Using a Biotage 5-gram Sfär HC silica column on a Biotage® Selekt flash system with Spektra software, I compared the three solvents using a 0-50% gradient detecting with a wavelength range of 198-200 nm, Figure 3.

It is quite easy to see that detection sensitivity with hexane/EtOAc is greatly reduced as are the number of detectable compounds compared to hexane/MTBE. While hexane/acetone provides better sensitivity, a major lavender compound was not detected which is also true with the ethyl acetate gradient.

We see some of the same issues with the Ylang Ylang extract where detection sensitivity is greatly diminished vs. acetone and MTBE, Figure 4. 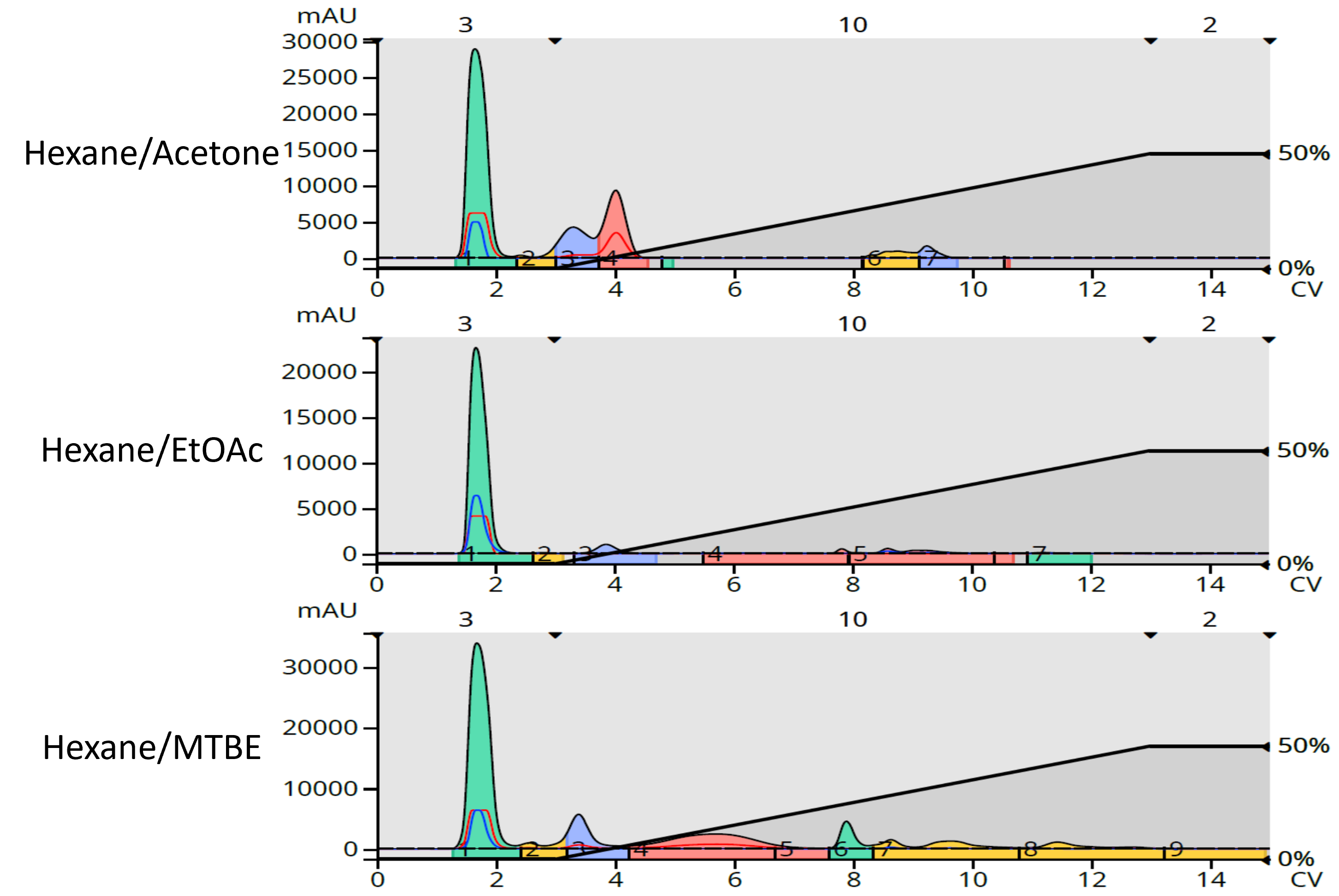 With this comparison we also see acetone and ethyl acetate eluting some of the extract compounds earlier than MTBE. This is likely due their being in a different selectivity group (group VI) versus that of MTBE (group I). We know this because the broad red peak between 4 and 6 CV in the MTBE purification is the same compound as the red peak at 4 CV with the acetone chromatogram (and the blue peak at 4 CV of the EtOAc run). We can also see that there are more detected compounds when MTBE was used as the strong "B" solvent.

So, what have we learned?