Why are my flash column chromatography peaks splitting?

Split peaks? Multiple peaks? Are they really a problem? What causes the issue?

In this post I will discuss what split peaks are and what to do to fix the problem.

Seeing more than a single peak for each compound in your flash chromatography?  If you are, then you may have a defective column and yes, this is a problem. If only one peak is splitting, then the issue is method/chemistry related, a future blog topic.

But what causes the defect and can you fix it?  The main causes of split peaks are a flash column with poor bed integrity or a partially blocked flow path (inlet filter/frit).  By poor bed integrity I mean that there is either a void space at the top of the column, void somewhere in the packed bed, or there is channeling occurring.

A flash column with a void space at the top (a void space in indicated by the lack of media just under the top frit or filter) can cause eddy effects and sample dilution upon injection. Increased elution bands are typically seen and sometimes, due to different migration rates, the bands elute as doublets or even multiples, Figure 1.

To rectify this problem you can add more of the same media to the column if you can remove the top of the column, Figure 2.  This is a feature most commercially available flash columns do not have.  In those cases you need to replace the column. 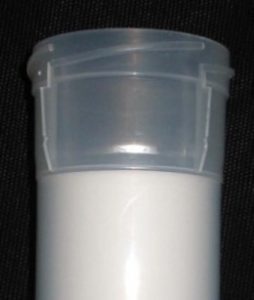 Figure 2. A flash column designed with removable cap provides the option to fill a void space with fresh media.

If you use flash columns with removable caps, e.g. Biotage® Sfär columns, you can remove the cap, the top filter (frit), and add more of the same media.  After replacing the frit and the cap, it is ready for use. You can also clean the frit and reuse it if you suspect the frit is dirty.

Column channeling is a different issue that occurs when the media density in the column is lower at the walls then in the middle of the column.  This can be due to poor packing techniques, poor media particle size homogeneity (smaller particles work their way to the column bottom over time), different solvation/wetting rates during equilibration/use, or plastic swelling (especially with normal-phase solvents).  With this scenario, some of the sample will elute more quickly than the others since it by-passes much of the media; this is the scenario in Figure 1.

Commercially available flash columns are not typically prone to channeling or voiding, though these issues can occur.  Because column packing is likely automated by your vendor (we use automation to pack our columns at Biotage), performance is typically consistent.  Automation, however, is only part of the solution.

Most flash media used today has a nominal median particle size of 50 µm though smaller median diameter particles (25/30 µm) are gaining in popularity. Depending on your column vendor, they may publish the media physical property data.

Most vendors today do use media with a particle distribution between 40 and 63 µm.  This is a relatively tight distribution and, if packed properly, should not void or channel.  If the media you use has a broader particle range, then smaller particles can settle to the bottom of the column potentially creating a split in the column bed. When this happens the larger particles can aggregate, if you will, and create a bridge, due to increased particle to particle friction. This void may be invisible to the eye and the only way it is noticed is when the chromatography is giving you two (or more) peaks for the price of one, not necessarily a bargain.

If you notice splitting peaks (all of the peaks, not just one or two) you can try to remove the void by physically tapping the cartridge walls.  This may disturb the particle bridge and remove the void but may introduce other issues such as peak tailing or peak fronting, depending on how well the particles resettle.

So, yes, it is possible to fix the split peak issue if you use columns with removable caps but it may just be easier to replace the cartridge.

What do you do with poorly-performing cartridges?