The isoelectric point (pI) is a physical property of every peptide (and any other compound for that matter) that can be the root cause for many of the issues experienced when handling these compounds. Often times a quick check of the pI can help inform which conditions will increase or decrease aggregation potential, or lead to better solubility and generally easier handling.

In today's discussion, I'll demonstrate how you can use the pI to guide your purification method development for peptides.

Synthetic peptides are among the more difficult compounds to purify.  Often times, the impurities are highly similar to the desired product, making chromatographic separation difficult and likely time consuming.  However, peptides, and their related impurities, can also be chromatographically distinguished from each other by simply identifying any differences in the isoelectric point (pI).

I've talked about using the pI to inform purification method development in the previous blog posts, particularly focusing on the impact of choosing an acidic or basic mobile phase modifier.  After working with a whole series of different mobile phase modifiers, I started to ask myself what would happen if I chose a buffer system with a pH near the pI of the peptide.

To investigate this question, I synthesized a short derivative of the BID peptide that binds to the BCL-2 family protein BAX using my Biotage® Initiator+ Alstra™ microwave-assisted peptide synthesizer and no method optimization, Figure 1. 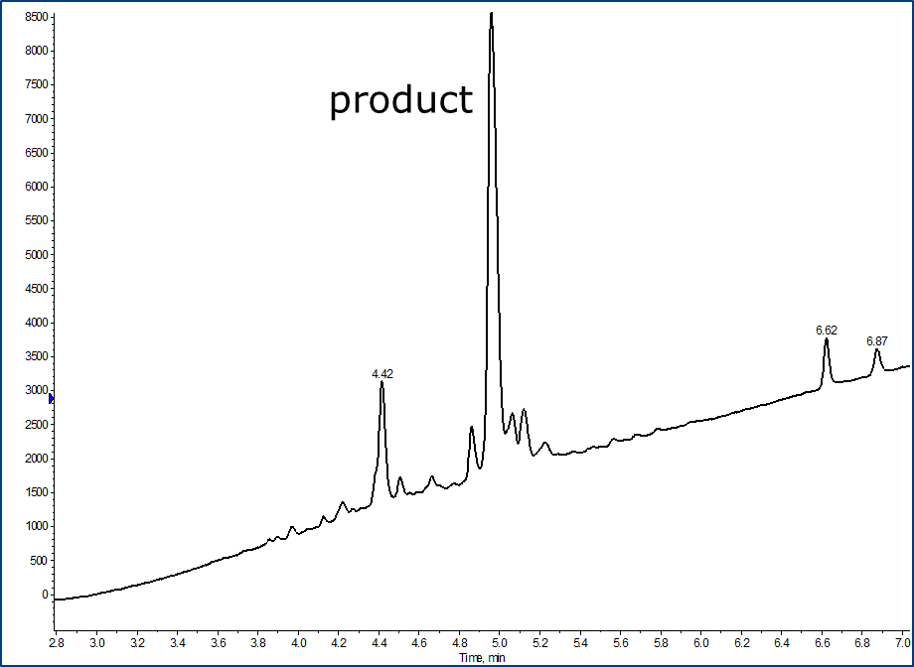 Fortunately, my lack of synthesis optimization allowed for the presence of a few impurities that could be challenging to separate from the desired product using standard flash chromatography methods.  If we look at the charge vs pH relationship, we can see that the charge profile changes dramatically depending on the pH of the solution, but is near neutral at neutral pH, Figure 2. 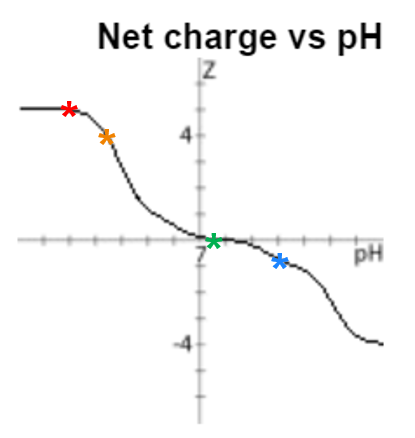 To test my original hypothesis, I decided to purify this peptide using either 10 mM, 20 mM, or 50 mM pH 7.4 ammonium bicarbonate, Figure 3.  This pH is only 0.4 pH unit removed from the peptide's pI, so we anticipate that the peptide will be about neutral during the purification, but could be rapidly exchanging protons with the mobile phase, compromising the purification efficiency.

First and foremost, no purification occurred under these conditions.  Using a mobile phase pH near the pI creates an environment in which the peptide is neutral, or in chromatographic terms, extremely lipophilic.  As a result of this, the peptide is only eluted from the column after several column volumes of 90% organic solvent.  It is important to note, in this case the organic solvent is methanol rather than acetonitrile.  This deviation from normal was made because ammonium bicarbonate is not soluble in acetontrile at this concentration.  I don't think these results would be significantly different had the purification been performed with acetonitrile though.

I did complete the purification using the two other ammonium bicarbonate concentrations mentioned above, however the results did not change (data not shown).  If anything, the purification actually worsened as the three "peaks" evident above collapsed further.

While I should have anticipated this type of outcome at this point, it is still nice to be surprised sometimes.  The conclusion here is to perform peptide purification at a pH that is no where near the pI (or any range of pH's that may allow for a near-neutral peptide).  In addition to issues with separation from other components of the sample, you will most certainly struggle with recovering your peptide off the column.  Ideally, one should choose a pH that is at least 2 full pH units removed from the peptide pI to ensure the sample is fully protonated or deprotenated for the purification.

When else has your peptide been over-retained by the reversed phase column?

To learn more about how pH can impact the purification of this and other peptides, follow the link below.