Can Flash Chromatography be Green? Part 1

The term “Green Chemistry” has become a major part of the science community’s lexicon. When I think about green chemistry and its relationship to flash column chromatography I think of two specific areas where it applies...

In this post I will discuss alternatives to chlorinated solvent-based flash column purification.  In the future, look for a post on reducing solvent use (and its waste).

The "green" concern is with DCM, which is toxic and an environmental pariah.  These DCM/MeOH mobile phase gradients often work but can be quite long, generating a lot of chlorinated waste (expensive do dispose). So, what are the alternatives to DCM based solvent systems? For those chemists performing organic synthesis, reaction mixture purification by flash column chromatography is an integral part of the process. Often, polar molecules are synthesized which can make purification using silica columns a challenge.  The solution to purifying these molecules that most chemists use is a gradient of dichloromethane (DCM) and methanol (MeOH), sometimes with a basic modifier if the compounds are heterocyclic, secondary, or tertiary amines.

Matching the stationary phase chemistry to the compounds being purified is quite helpful, I think, for successful "green" purification.  In my experience I have seen chemists try “brute-force” chromatography to achieve their purification goals. What I mean by this is that chemists will try to make a silica column do a purification even though it likely is not the best choice for a stationary phase.

When it comes to purifying basic, amine-containing compounds, purification by flash chromatography can be laborious and challenging.  Though you may get your separation on the TLC plate with DCM/MeOH, the elution conditions do not always transfer successfully to the flash column.   Because of the unpredictable impact MeOH has on compound elution behavior, gradients are often long and shallow, consuming copious amounts of DCM.

What I have found useful for organic amine purification is amine-functionalized silica. I talked about this type of stationary phase previously and showed where you can improve the separation with less toxic solvents – a win-win situation of simplified, fast purification, and elimination of DCM.

In the example below I attempted to purify a mixture of three tricyclic amines, amitriptyline, promethazine, and trimipramine using a 10 gram Biotage® SNAP Ultra silica column with DCM/MeOH.  Though my TLC (performed with 2% MeOH in DCM) separated all three compounds, the corresponding flash method (0-2% methanol in DCM) did not provide the results expected from my TLC.  In fact, nothing at all eluted until the MeOH concentration was increased to 10%, Figure 1. This failed purification consumed about 23 column volumes (400 mL) of solvent - that's a lot of solvent for a 10 gram column. 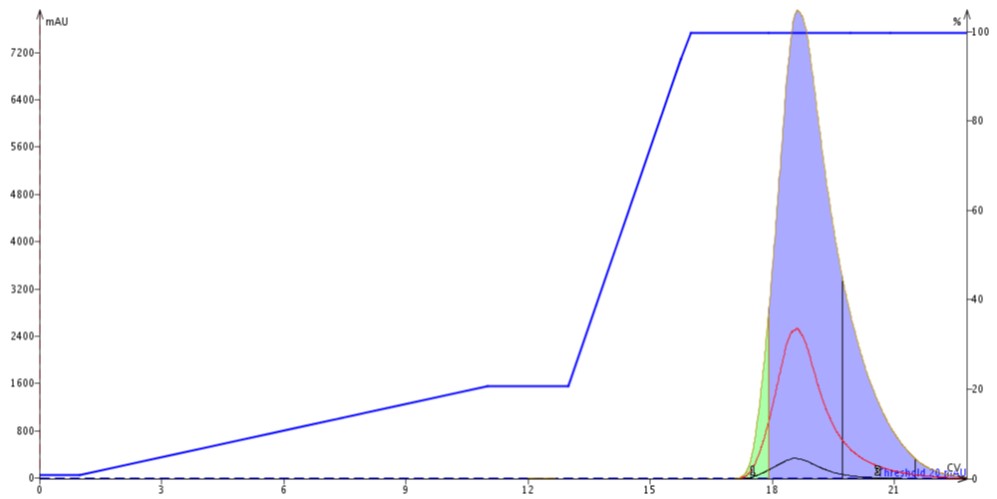 Figure 1. DCM/MeOH gradient of three basic tricyclic organic amines based on TLC data at 2% MeOH in DCM. As can be seen the compounds did not separate and eluted only after the MeOH content was increased to 10%.

Since the traditional DCM/MeOH method did not work (and I did not want to waste time, solvent, and columns by trying other DCM-MeOH gradients), I switched to an amine-based column, a Biotage KP-NH column.  Using TLC (I used a matching chemistry KP-NH TLC plate, also from Biotage) with hexane and ethyl acetate, I quickly found a suitable solvent system for this 3-compound  separation. I then input the Rf values into the Isolera flash system and ran the simple linear gradient it created and achieved a good separation of the high pKa organic amines.  This purification consumed only 13 CV (195 mL) of solvent, Figure 2. 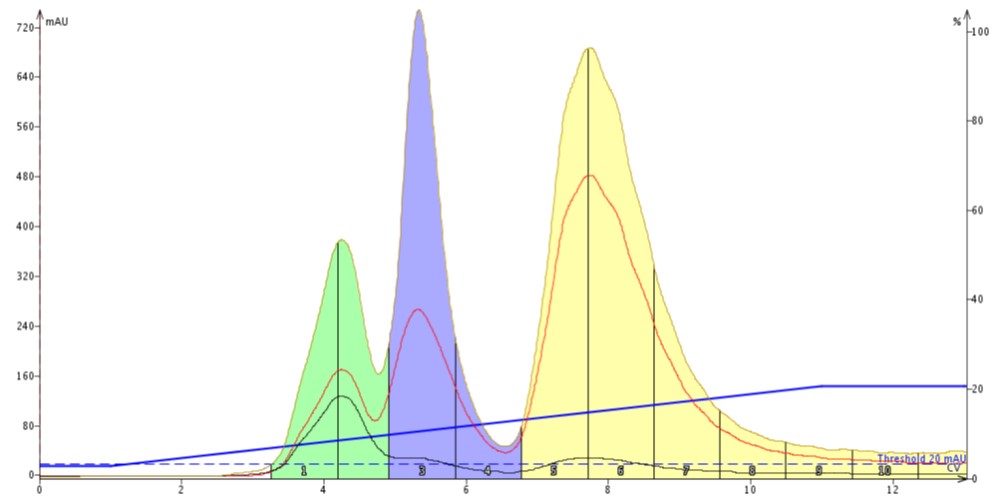 As an adjunct to amine-functionalized silica I like to follow the adage “when all else fails there is always reversed-phase”. In most cases a C18 bonded silica is used along with a mobile phase consisting of either methanol and water or acetonitrile and water. Though you will likely need to dispose of a different waste stream, the cost of the mobile phases can be less than the comparable normal-phase solvents and their toxicity is usually lower than with normal-phase. Along with the solvent savings, there is less solid waste generated in the form of used flash cartridges since reversed-phase columns are reusable. By using an amine-based media to separate organic amines I simplified my purification, reduced solvent use (and waste) by 50%, and eliminated the need for dichloromethane.  A much greener alternative.

Reversed-phase can be used to separate almost any reaction mix. If you analyze reactions by LC-MS you are likely doing it with reversed-phase HPLC. If the separation works HPLC it will likely work on flash.

So, if you want to simplify your reaction mix purification by flash chromatography and make your lab (and employer) greener, give these options a try.

For more tips and suggestions on "greening" your research, continue on to read Part Two of this blog series: