While all detectors have a UV light source, photodiode array detection capability (usually selectable/tunable), and flow cell, there are differences in how the light gets to the flow cell and the distance that light travels through the flow cell (e.g. path length). These differences affect compound sensitivity.

For compounds with poor or no UV absorption, alternative detectors are then required such as an evaporative light scattering detector (ELSD). This type of detector, while useful for many applications is an added expense. In many applications, a well-designed UV detector will suffice for detecting compounds previously thought to require an ELSD.

For those unfamiliar with spectroscopic theory, sensitivity and detector response are based on three variables as shown in the Beer-Lambert Law,

Where A = absorbance, ε = molar extinction coefficient, b = path length, and c = concentration.

The molar extinction coefficient and concentration are compound-based variables so are not impacted by detector design. That leaves path length as the only system-based design variable.

Based on Beer’s Law, as path length increases, so does sensitivity. Because sample concentrations are high when using flash chromatography, these systems are designed with short path lengths in order to keep UV responses “on scale” for better fraction discrimination.

Not all flow cells are the same, however. Flash systems such as the Biotage SP, Isolera models, and most other competitive systems direct the UV light from the light source though a tube to the flow cell and then though another tube to the actual detector. The flow cell allows light to pass through lenses perpendicular to the solvent flow. So, when a UV absorbing compound passes though the flow cell, the amount of light transmitted to the detector drops and this change in UV light transmission is what you see on the chromatogram. The UV light beam must be focused and the tube connections to the flow cell properly made to ensure that the amount of light getting to the flow cell and detector are maximized to positively impact sensitivity.

An improved design uses optical fibers to carry the UV light and is standard in the Biotage Selekt flash system.

Optical fibers focus the UV light to and through the flow cell providing a more "concentrated" light beam to the detector. The result is increased detector sensitivity compared to other detector designs even when they have flow cells with the same path length.

To show how the Selekt system’s fiber optic UV detector compares to a competitive flash system with a diode array UV tests were performed using reversed-phase chromatography with cholesterol (a poor UV absorbing compound) as the test probe, Figure 1. 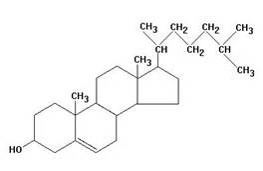 Figure 1. Cholesterol has only one poor UV absorbing double bond which provides absorbance around 200 nm.

A 6-gram Biotage® Sfär column and a mobile phase of 100% methanol at 15 mL/min were used with decreasing cholesterol concentrations. Detection parameters used were – all-wavelength 200-210 nm, UV1=200 nm, UV2=210 nm with a threshold of 40 mAU. Both systems have flow cell path lengths of 0.1 mm.

The first runs used a cholesterol load of 8.3 mg and showed a significant sensitivity improvement using the Selekt system, Figure 2. A closer look at the results shows that the Selekt all-wavelength feature (black trace in the lower chromatogram) easily detects cholesterol but that the same feature with the a competitive brand (yellow trace) does not detect anything. 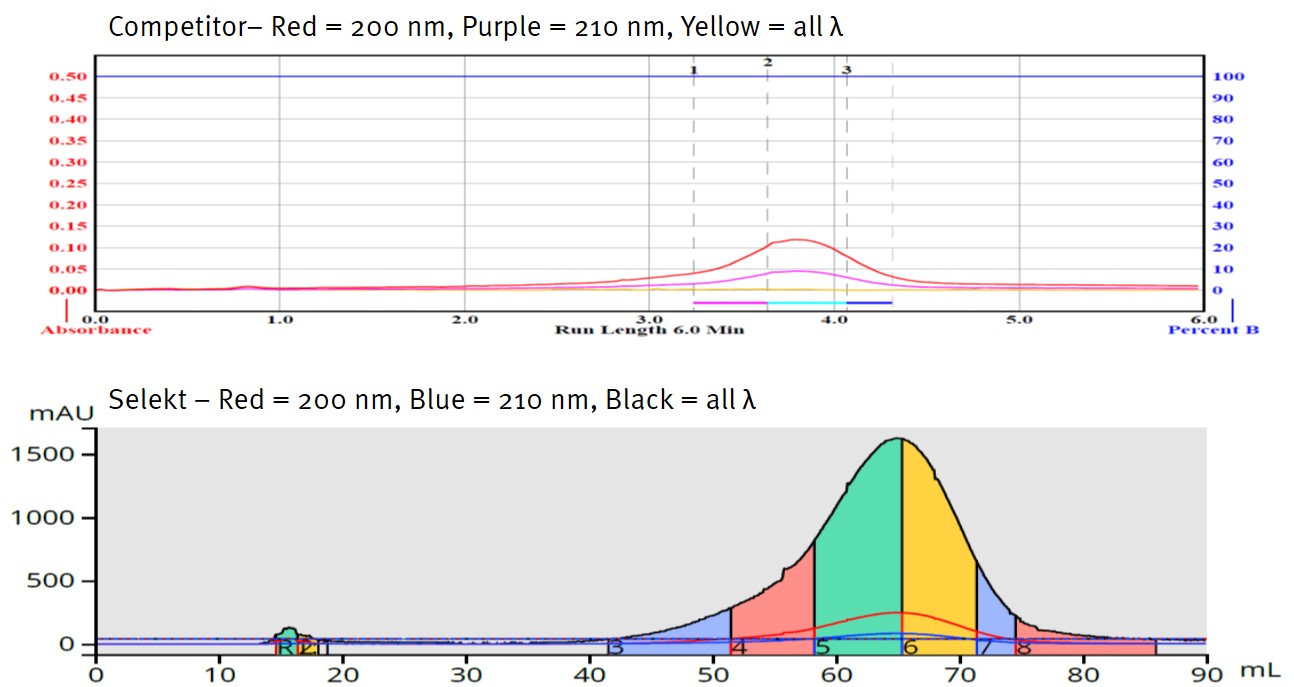 This difference is due to how the two system’s data processing algorithms work. The Selekt system first sums all absorbance over a specified wavelength range then divides that sum by the number of wavelengths used for detection. The other algorithm continually averages the UV spectra without summing making it less effective for this type of application.

The same test was repeated on the Selekt system without all-wavelength collection to compare absorbance at two selected, specific wavelengths – 200 nm and 210 nm, which provides a better direct UV comparison, Figure 3. This data shows the Selekt system is almost 2x more sensitive (~220 mAU) than the competitor system (~120 mAU) at 200 nm. 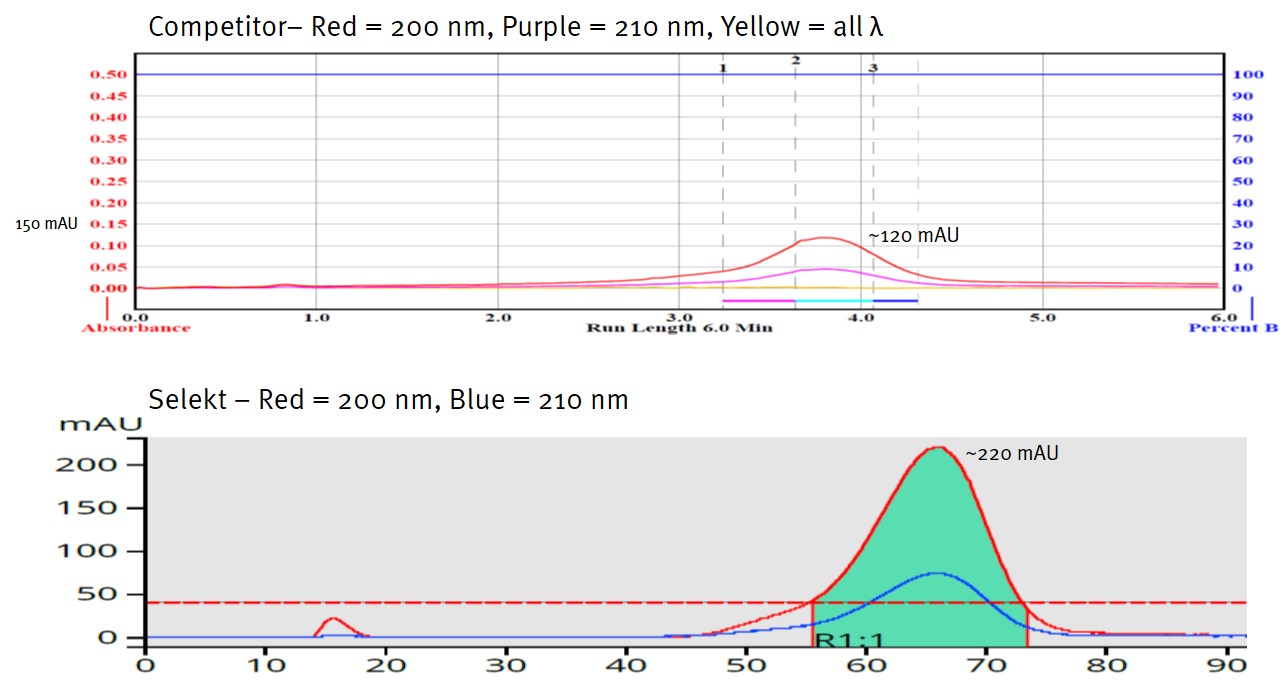 Subsequent tests run at 1/10 and 1/20 dilutions (0.83 mg and 0.415 mg) really show the benefits of both the fiber optic detector and a better, all-wavelength algorithm, Figure 4.

This data shows that the Selekt system’s fiber optic UV detector has improved sensitivity versus the competitor, which, to detect cholesterol at these levels, would require an added ELSD.