In our more environmentally aware climate, chemical and pharmaceutical companies now prioritize reducing organic solvent use in chemistry labs. Employees and shareholders alike are pushing their companies to become greener which impacts how chemistry, both synthesis and purification, is performed.

Which strategies are best for achieving "greeness" with flash chromatography? In this post, I discuss several options but focus on one particularly simple, effective, and inexpensive change you can make.

A little backstory may help set the stage for why I posting on this topic. At the request of a major pharma company a few years back, I presented some green flash purification options to a group of medicinal chemists. My host started the group discussion by saying that flash chromatography consumed 60% of the solvent used in their medicinal chemistry department. He also mentioned that from a corporate perspective, this was not sustainable or acceptable.

Since this meeting, we have seen further improvements in flash chromatography technology including column design and media.

These changes are important for two reasons…

To test the theory I ran three column comparisons using the same crude mixture and gradient. 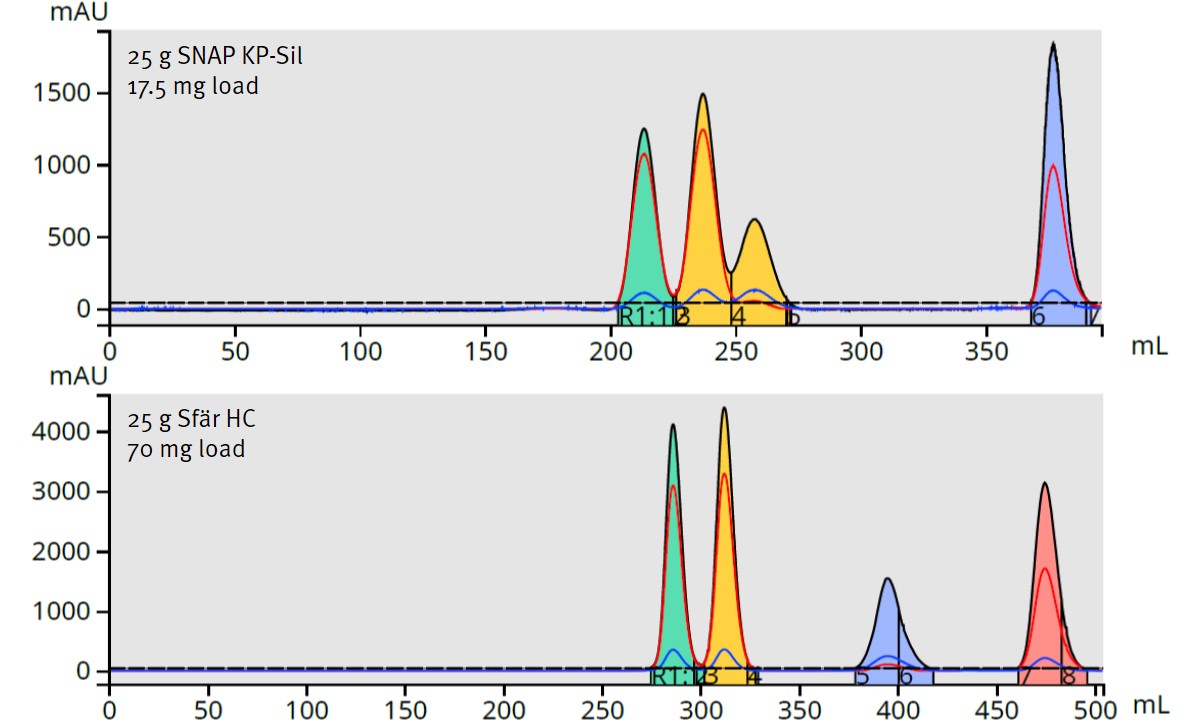 Even though the 10 gram Sfär column contains 60% less silica it was able to purify twice as much crude sample and used 200 mL less solvent (50% less) than the 25-gram KP-Sil column. This is a major improvement in reducing solvent. 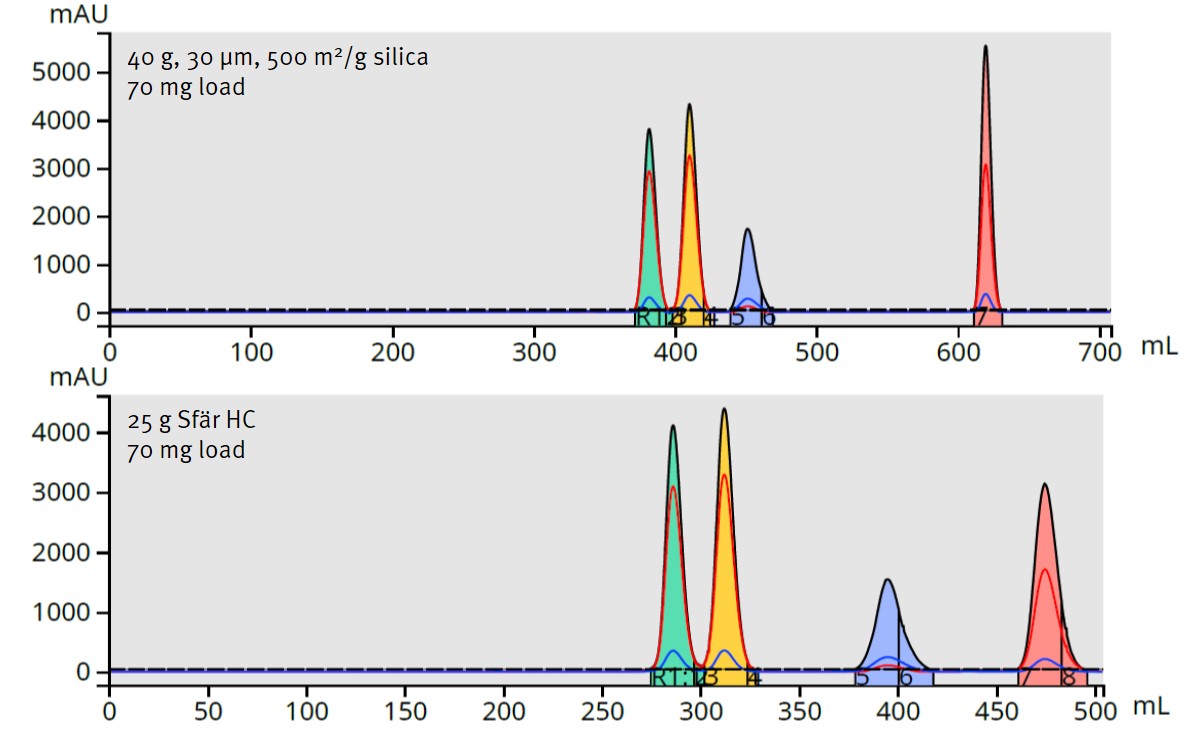 Though both columns are filled with small, spherical particles, the smaller 25 gram column with more silica surface area provides a better separation and reduces solvent consumption (28%), compared to a 40 gram column.

In all of the above examples you can see the tangible benefits provided by flash columns packed with small particle, high surface are silica...

Going green is easy - just change columns. No need to change methods or load amounts. Load what you normally would but on the smaller, high performance column.

How much smaller? From the data presented here, you can reduce column size anywhere from 2 to 4X.

If column costs are a concern, these high performance columns typically cost less than the columns they replace making flash chromatography even greener.