How do I remove an annoying MS TIC background?

Have you ever run flash column chromatography with mass detection (Flash-MS) and observed the total ion current or TIC increase during the purification only to find that there was no discernible compound contributing to the effect?

In this post I discuss how I came across this issue and the solution I found to work.

While investigating purification methodology for St. John’s Wort, I came across a reproducible annoyance – my +TIC response increased with my gradient to a point and then dropped off as if it were eluting a compound but with horrible mass transfer kinetics.

My method was reversed-phase utilizing water and methanol as my gradient solvents.  I incorporated both UV and electrospray ionization (ESI) mass detection in the method looking for the secondary polyphenols in the extract, including chlorogenic acid (MW 354), quercitin (MW 302), and hyperoside (MW 464).  The mass detection included monitoring both total ion current (TIC) and extracted ion count (XIC).

I extracted 5 grams of St. John’s Wort with 20 mL of acetone and proceeded to purify 0.5 mL of the extract via liquid loading. The results were, let’s say, not what I expected. Though the chromatography was OK and the targeted masses (XIC) were found, the +TIC did not remain stable or flat as one would expect like the –TIC did, Figure 1.

This is a problem. If I isolated any of the targeted polyphenols that co-elute with the rising TIC my fractions would not be pure. So, what is going on here? How do I eliminate this issue without negatively affecting my overall purification results?

As any good scientist would do, I performed some troubleshooting to determine the cause, which included running a blank gradient (no sample) through the same column. I did not see the +TIC response when I performed this test which indicated to me this issue is sample related. Great news, I narrowed the problem but still haven’t determined its remedy.

Since it was only the +TIC giving the problem, my first inclination was that the contributing compound is positively charged or an extracted amine that is in low concentration with no UV absorbance. Perhaps a scavenger would work?  If the compound(s) were basic or charged my choices for scavengers would be SCX or perhaps silica.

I tested this theory by adsorbing 0.5 mL of extract onto 1 gram of silica, drying the mix on my Biotage® V-10 Touch solvent evaporator, and packing the dried mix into an empty Samplet® cartridge. For those unfamiliar with Samplet cartridges they are small vessels designed for internal sample dry loading with Biotage® SNAP cartridges, Figure 2. 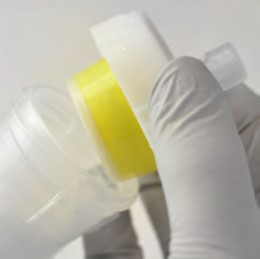 Figure 2. Samplet cartridge being inserted into a SNAP cartridge.

What I found when I ran the chromatography was that the +TIC “background peak” was fully removed and my separation actually improved displaying greater resolution of my eluting compounds, Figure 3.

Wow, a nice and simple solution to a potentially large problem. I like simple.  How about you?

Have you ever experienced anything like this?  If so, what remedy did you use?