How does an alkaline pH affect normal-phase flash chromatography separations?

The products of organic synthesis are designed with specific functional groups in order to possess desired properties. Depending on the compound’s functionality, it can be neutral, acidic, or basic as determined by a compound measurement called pKa or acid dissociation constant. Compounds with low pKa are typically acidic while those with high pKa tend to be basic. Compounds with a pKa near 7 are deemed neutral.

In this post I discuss how using an alkaline pH mobile phase (hexane/ethyl acetate/triethylamine (TEA)) affects the separation of four compounds with very different pKa values.

The four evaluated compounds and their pKa values[1] are included in Table 1.

As pH increases, acidic protons are removed and the compound develops an ionic charge as seen in Figure 1. This charge can influence how a specific molecule interacts with both solvent and stationary phase.

For the evaluation, I mixed the four compounds mentioned above in acetone (~200 mg each in 5 mL). I then created a linear gradient on my Biotage® Isolera One starting at 10% ethyl acetate in hexane and ending at 80% over 10 column volumes (CV) based on thin-layer chromatography in a 40% ethyl acetate/hexane solvent system. The result of the flash chromatography shows only three peaks with full co-elution of methyl paraben and 3-nitroaniline, even with very different pKa values, Figure 2. 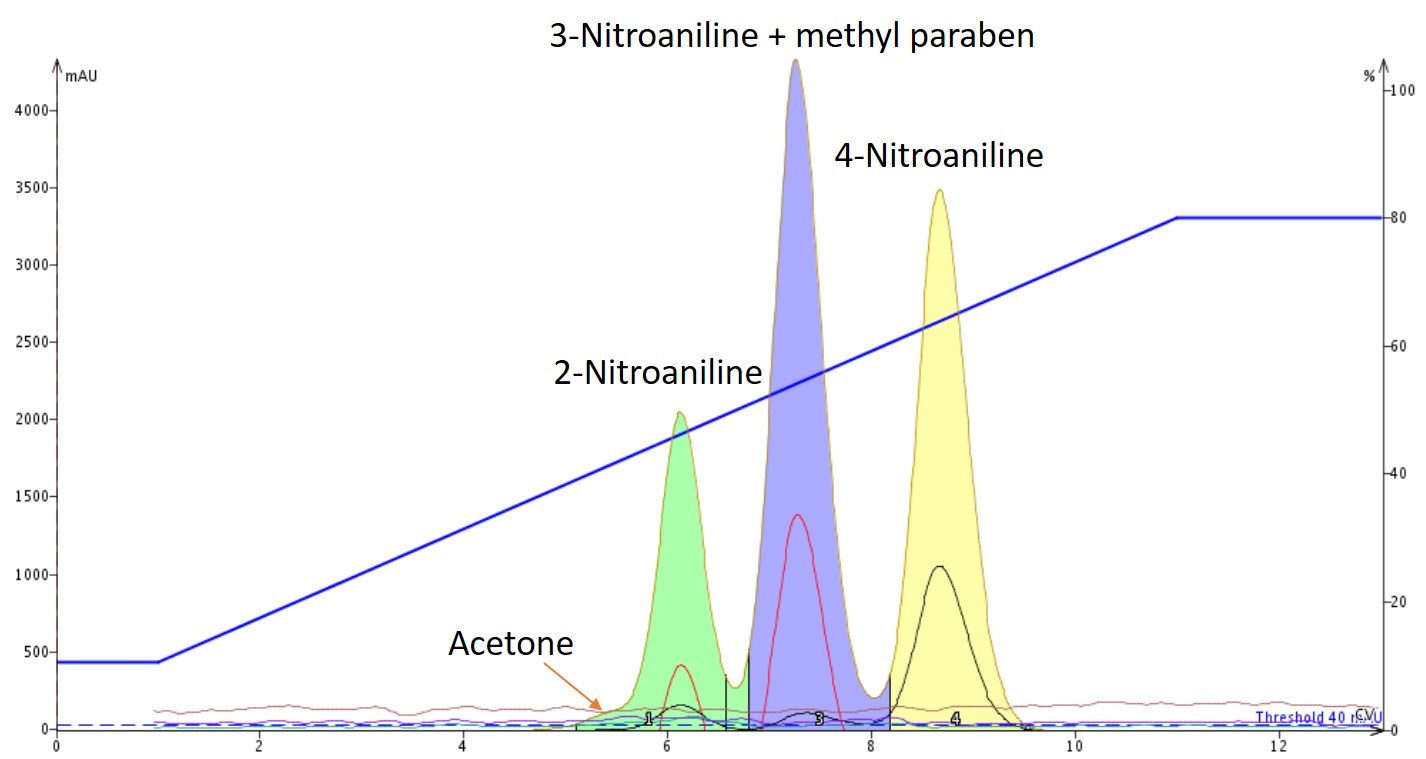 The reason for the co-elution is based on the lack of polarity differentiation between methyl paraben and 3-nitroaniline under "neutral" solvent conditions.

In an attempt to create some separation between methyl paraben and 3-nitroaniline, I decided to see if I could exploit the major pKa differences between these two compounds by modulating the solvent system pH with an organic base (triethylamine or TEA).

The alkaline conditions were created by using the Isolera system’s additive feature which was programmed to add 3% of a 30% TEA in hexane solution isocratically during the gradient. This created a constant feed of 0.9% TEA concentration in the gradient. The purification was performed with a 10-gram Biotage® Sfär silica column operating at 40 mL/min.

The impact of alkaline pH on the separation of these compounds is obvious when the results are compared to the un-modified mobile phase results, Figure 3. 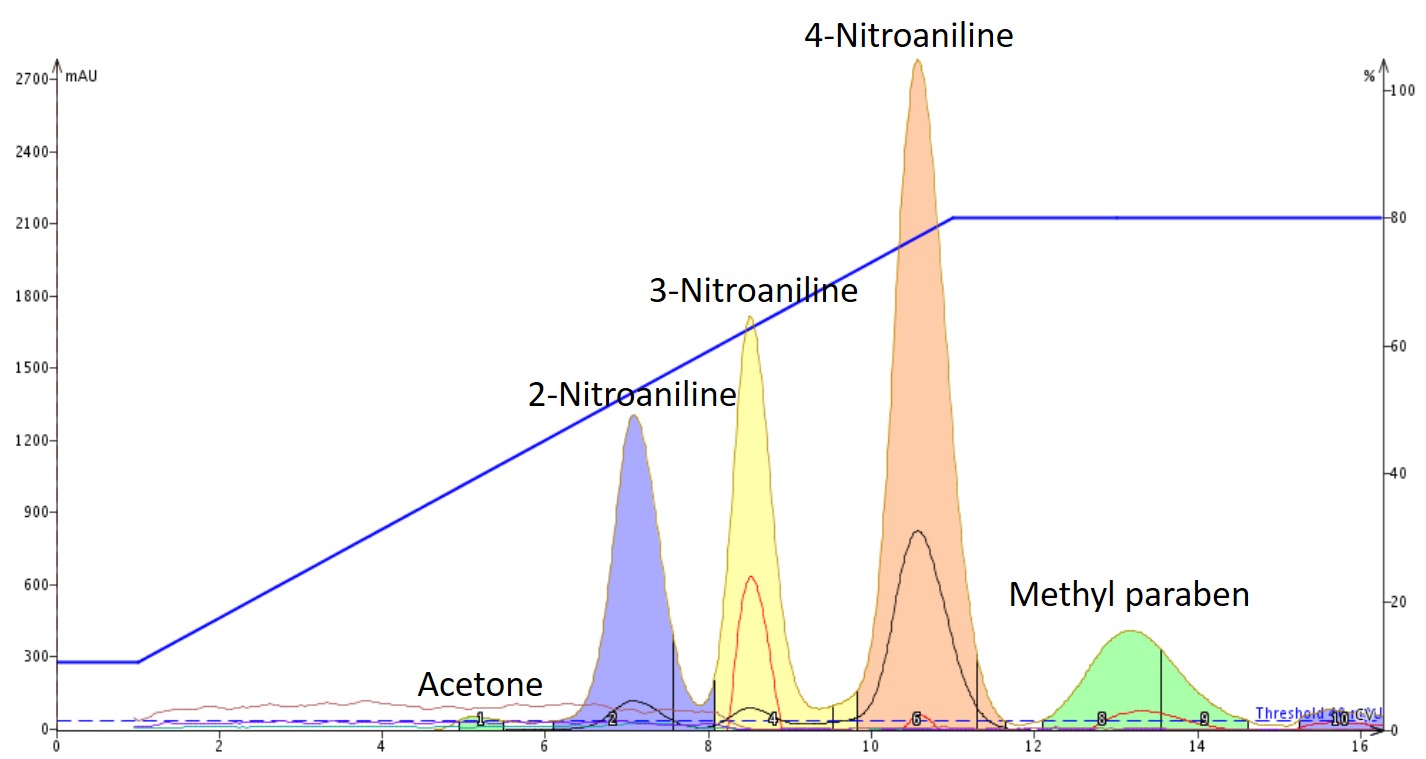 Figure 3. Addition of a base, TEA, dramatically increases methyl paraben's polarity allowing it to retain longer on the silica and fully separate from the other compounds.

Three differences are immediately obvious in the pH modified chromatography:

A clear benefit from operating under alkaline pH conditions, at least with this mixture, is a vastly improved separation not only for methyl paraben but between the nitroaniline compounds as well. If you experience a poor separation with your mixture, try including some base or acid to change the compounds' ionization and potentially, their selectivity.

If this information has piqued your curiosity, please check out some of my other posts at Selekt.Biotage.com and download my whitepaper - Successful Flash Chromatography.