In previous posts I have discussed some options and techniques to improve detection of poorly absorbing or UV-transparent compounds – by wavelength focusing and by evaporative light-scattering (ELS).

In this post I will talk about a third alternative technique – using an in-line mass detector.

For most molecules purified by flash chromatography, UV detection works well. However, if the molecule of interest has no chromophore other detection options are needed.  Previously, I talked about the value of evaporative light scattering (ELS) detection which can “see” almost every non-volatile and semi-volatile  compound, with or without a chromophore.  However, just detecting the compound of interest is often not enough.  What chemists want is to isolate particular compounds by molecular weight.

The use of a mass detector for flash chromatography detection provides enormous value as it confirms that the target compound has been isolated and that it has been identified and fractionated as it elutes from the column. This saves time as secondary, post-purification LC-MS confirmation is not required.

Most flash chromatograph manufacturers offer mass detector as an option. Equipping the mass detector with an electro-spray ionization (ESI) source is the most popular technique and has broad application for organic compounds.  These systems can operate in either positive ionization mode or negative ionization mode based on the compound’s ionizable functionality and are frequently utilized to see “invisible” compounds.

I have had the chance to use one of these systems a few times and the results are very good. In one application I was able to detect a mixture of fatty acid methyl esters by their mass during reversed-phase flash chromatography, Figure 1. In another application, a colleague used our flash-MS for peptide purification, Figure 2. 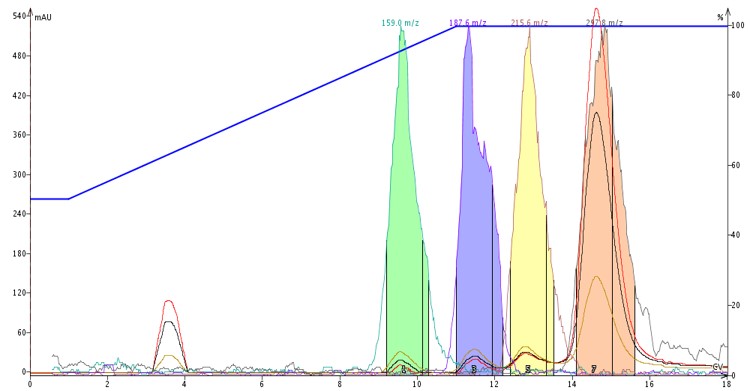 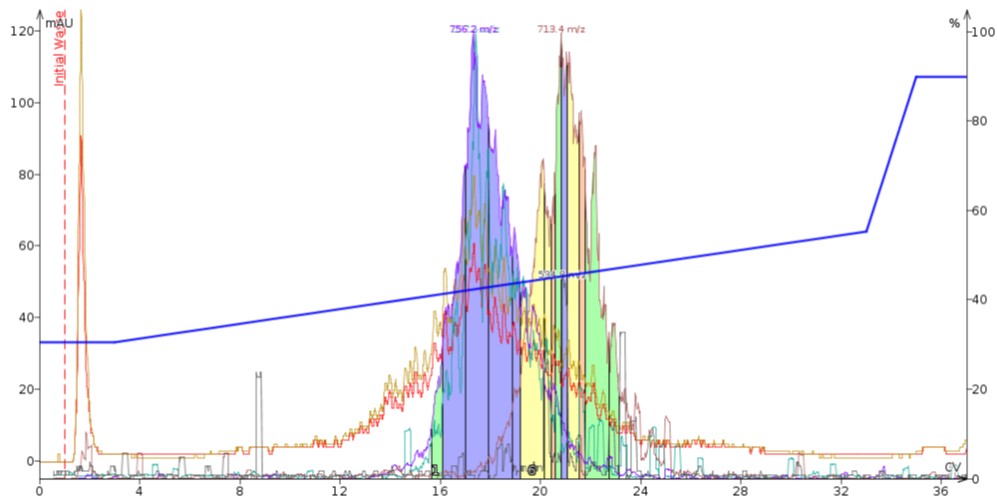 Figure 2. Mass-directed flash purification of an alpha-helix peptide and a deletion sequence.

Though not quite a universal chromatography detector for flash purification an in-line, single quad mass spec will provide improved detection and compound mass ID which will save you post purification analysis and confirmation time.

If you are interested in learning more about flash-MS, check out this post on ion source selection.