Invest 10 minutes on TLC and save a day of grief

Flash column chromatography is used by between 20 and 40 thousand organic synthesis chemists worldwide, an amazing number. For most of these chemists flash chromatography is an important part of their daily workflow but allocating time for good method development is often not considered, which can lead to less than ideal purification results.

In this post I focus on how allocating just 10 minutes on thin-layer chromatography (TLC) for method development can save you a lot of grief later on.

Those of you who are followers of this blog know I am a big fan of using TLC to create optimized flash chromatography separations. TLC does not take long, can be performed in parallel, and the results can be easily converted into efficient linear or step gradients.

Many chemists, through experience or lab policy, do not invest the time for method development and optimization and instead use a generic gradient known to “work” for a specific class of molecules being synthesized.  Though the gradient method does often work to separate most of the compounds, the loading amount is a guess. Often, the 1% loading rule is used (1% of the cartridge media mass) - sometimes this estimate works, sometimes it doesn't.  I don't know about you but I prefer not to guess.

Some chemists will just use a generic 0-100% ethyl acetate in hexane gradient not caring particularly about compound purity or purification yield. You may save the 10 minute time investment developing a method by TLC but you will likely find yourself with a poor separation providing little purification and low purity fractions, especially of your targeted compound, Figure 1.

Figure 1. This generic 0-100% ethyl acetate in hexane gradient elutes all five of the compounds but the separation quality is poor. The load was 1% of the media mass. After the last peak eluted, 85 mL of solvent was consumed "completing" the run.

As you can see in the example above, besides a poor separation, 45% of the solvent is consumed after the last compound has eluted; not very efficient or green.

By spending a few minutes developing a TLC-based separation, a gradient optimized for at least one of the sample components is possible.  TLC as a tool for flash chromatography is a topic I addressed in some previous posts.  For more information on using TLC to create gradients please read my posts on TLC for solvent scouting and optimization.  Once you have found suitable TLC separation conditions you can use them to create your flash chromatography method.

In my role here at Biotage I am involved in new product launches. With the risk of going a little commercial, I do want to show how our new graphics eliminate the need to manually measure spot migration distances and manually calculate Rf values.

Just circle the spots and mark the solvent migration front on your plate, hold your plate next to the touchscreen and move the solvent front and spots on the displayed TLC plate to match your results, Figure 2. The Isolera™ system automatically converts the spot migration distances to Rf values and uses that information with the strong solvent percent to create your gradient with a suggested listing of suitable cartridges based on the amount of mixture you need to purify. 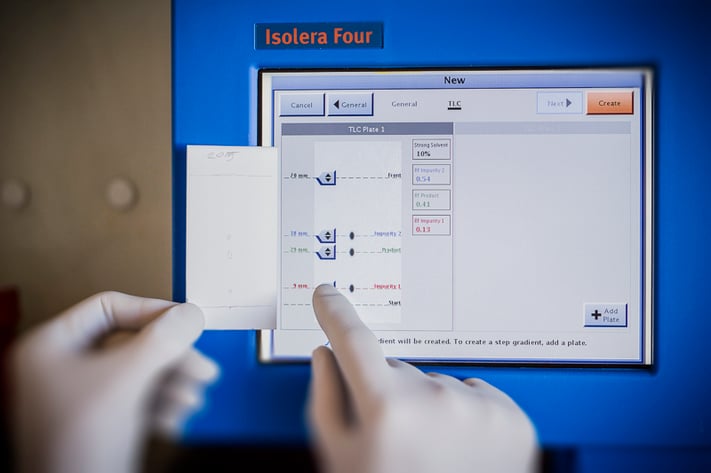 Figure 2. The TLC to gradient capabilities provided with Isolera systems has been simplified. Just hold your TLC plate next to the touch screen and move the lines to match your solvent front and spots.

I used some real sample TLC data in this way to create both a linear and a step gradient.  The linear gradient data is displayed in Figure 3 with the results in Figure 4. 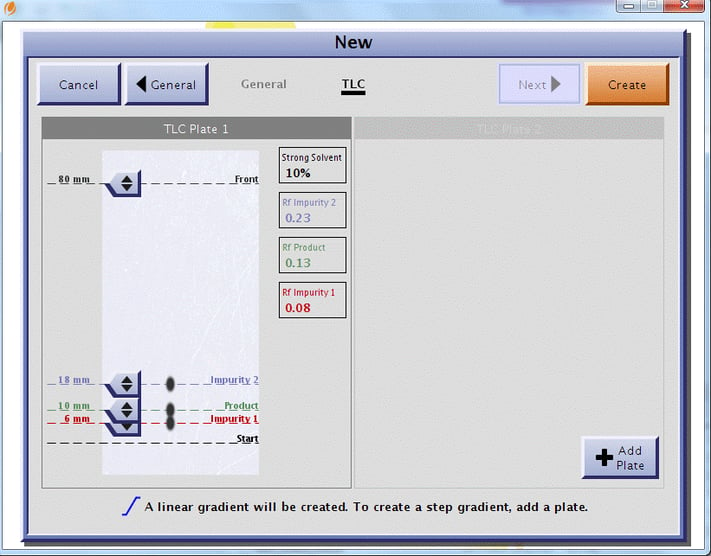 Figure 3. Interactive graphical user TLC interface allows chemists to simply click and drag a spot to the matching location on the real TLC.  The software calculates the Rf values and converts the data into a linear gradient.

Although the TLC-based linear gradient method consumed more solvent than the generic 0-100% gradient it met my goal of increasing compound purity.

Figure 4. Linear gradient separation result from the TLC data in Figure 3.  This method purified 50 mg of the mix on a 10 g silica cartridge using 240 mL of solvent. The target product is the fourth peak (pink).

Since TLC can be performed in parallel with different solvent ratios, the data from the two plates can be used to further optimize the purification with a step-gradient without consuming any more time, Figure 5. 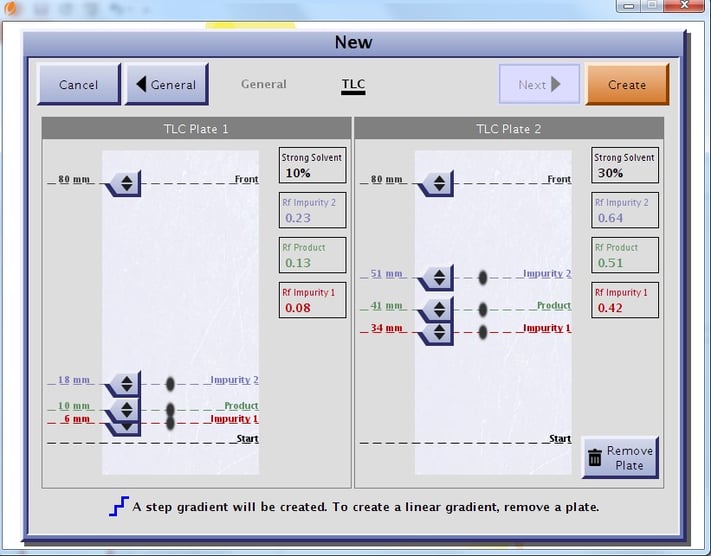 A step gradient will typically reduce the total amount of solvent and time needed to complete the separation without sacrificing load amount. In some cases the loadability of a cartridge is increased when using a step gradient, an added bonus. In fact, 100 mg of the same mixture was purified on an identical 10 gram Biotage® ZIP column that could purify only 50 mg with the linear gradient in Figure 4. What is also interesting to note is that sometimes the best step gradient will be isocratic, as with this example, Figure 6. 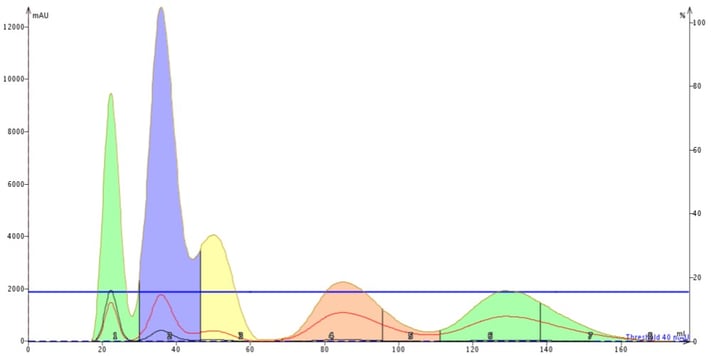 Figure 5. The step gradient created from the graphical TLC interface in this case is isocratic.  However, it provided an excellent separation of the targeted compound (peak 4, pink), even with twice the load (100 mg).  The gradient consumed only 180 mL of solvent vs. 240 mL with the linear gradient.

I know your time is valuable but investing 10 minutes of it running TLC prior to your flash purification will give you much better separations, increased fraction purity, and reduce the amount of wasted solvent. You really have nothing to lose and everything to gain.