Prep HPLC vs. reversed-phase flash chromatography: How to choose?

This question is one that is increasing in frequency. Over the past 10 or so years reversed-phase flash chromatography use has increased dramatically. Likewise, reversed-phase preparative HPLC (RP pHPLC) use has also increased. Chemists need to know when to choose between the speed and low solvent use of flash column chromatography and the ultimate purification of RP pHPLC. With this as the backdrop, let me give you my thoughts on how to choose between flash chromatography and when it is best to use RP pHPLC.

As you know, some reaction mixtures are easier to purify than others and RP pHPLC delivers more purification power than flash. Chemists concerned with target compound purity using flash column chromatography often turn to automated RP pHPLC and inject multiple times if they have a lot of product to purify.

When target compound purity is the concern, chemists should actually consider using flash column chromatography as a first step, ahead of RP pHPLC.  With this approach, the compound is purified quickly with an inexpensive column.  If the collected flash chromatography fractions are not sufficiently pure, they can be re-purified using RP pHPLC.  With this approach the material injected into the RP pHPLC will be in a smaller volume and free of the majority of contaminants.

Today's high performance reversed-phase flash columns perform very well and are capable of separating and purifying reaction mixtures with high loads and high purity. Also, the cost of RP pHPLC, at least initially, is exorbitant vs. reversed-phase flash chromatography, which, even long-term increases the cost per sample being purified. 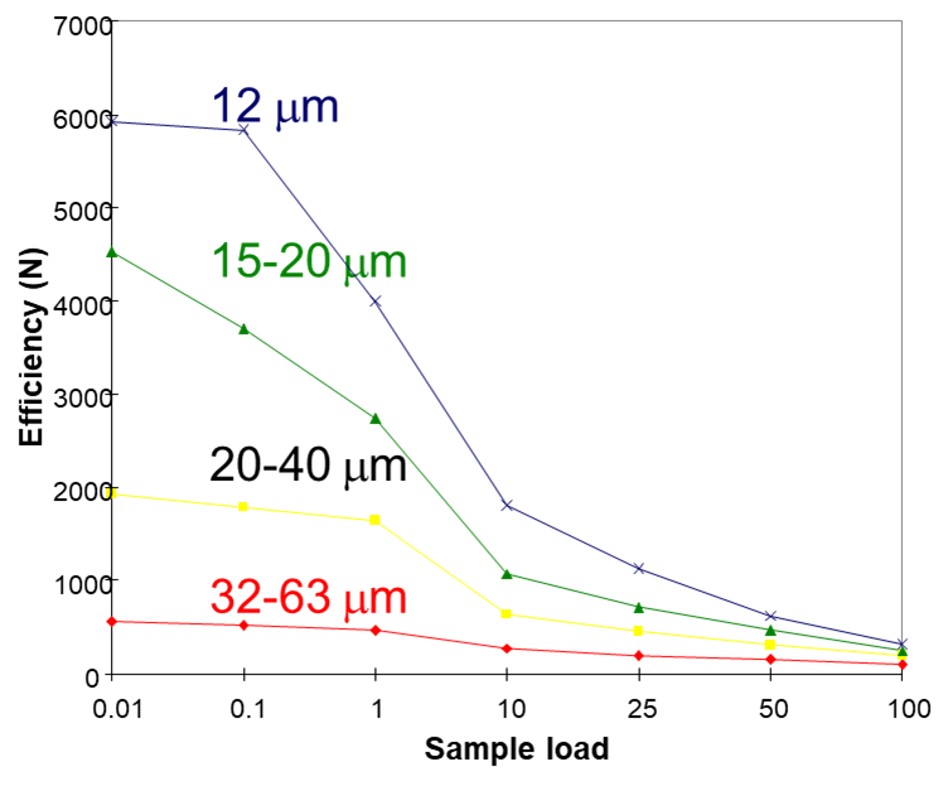 While this does seem counter-intuitive, it is true since we know that...


However, loading capacity is inversely proportional to the square root of the column's efficiency as seen in the equation below1 and graphically in Figure 2.

Mi is the sample load mass

Am is a constant

r2 is the column radius

L is the column length

k is the compound's relative retention

So, the higher the plate count, the lower the loading capacity.  This is one reason that preparative chromatography is generally performed using larger particles. 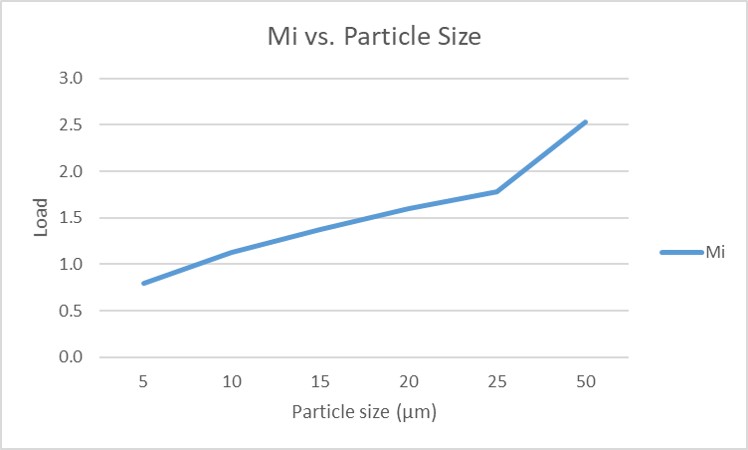 Efficiency is not the only important parameter to consider. Selectivity differences between reversed-phase media also exist and can impact the ability of a particular column to separate compounds. Believe it or not, not all C18 bonded media behave the same. Differences in base silica, C18 reagents, and synthesis techniques create bonded phases with different selectivity. It is selectivity, after all, that makes or breaks a successful purification.

I have seen this first hand when creating a HPLC method for reversed-phase flash purification. The HPLC column I used was a commercially available 4.6 x 150 mm, 5 µm, C18 column. The sample contained five compounds dissolved in DMSO and the separation was performed using a 50-90% methanol/water gradient. The HPLC column separated only four of the five compounds completely, even with a really low load (0.17 µg), which resulted in a loading capacity of 0.01% of media weight, Figure 3. Putting that into perspective, flash columns, even reversed-phase, have a typical loading capacity in the 1-2% range. 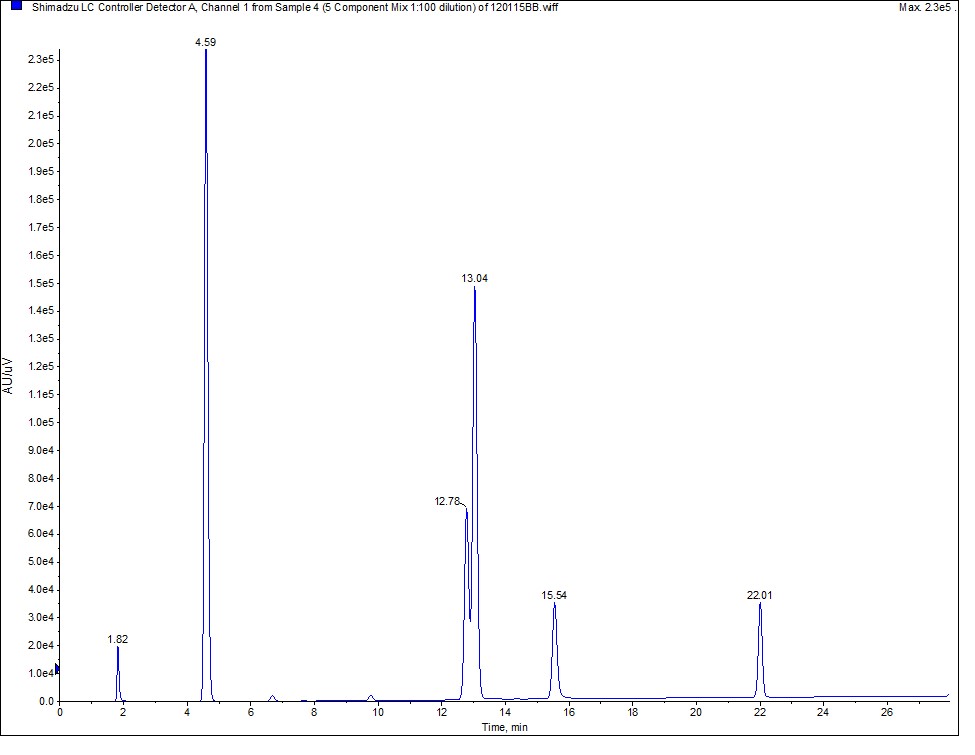 With 100 mg of the same mix to purify, a very large, extremely expensive column packed with the same 5-µm media would be required. Or, an inexpensive, reusable high performance flash column (25-µm C18) using the same method can be used.

To purify my 100 mg mix, I used a 12-gram C18 flash column (Biotage® Sfär C18) with the same gradient. The results show the column fully separated all five compounds, Figure 4. Interesting, is it not?  A reversed-phase flash column out-performing an expensive HPLC column. For reference, a 10 x 250 mm pHPLC column also contains about 12 grams of C18 media and costs almost $2000 while the 12-gram flash column costs $66.

RP pHPLC is the ideal choice for the most challenging separations with closely eluting peaks and relatively small amounts of material to be purified.  When larger amounts of material are to be purified, pHPLC will demand multiple injections or very large/expensive columns.  If you want to avoid multiple injections and the peaks have a comfortable spacing, reversed-phase flash often provides a high purity product using less time and solvent at lower short-term and long-term costs.

To learn more about flash chromatography I invite you to download our whitepaper Inspiring Productivity with Modern Flash Chromatography: