Can you use normal phase chromatography to purify protected peptides?

Chemical synthesis of peptides, and even proteins, offers the possibility to expand the functionality and stability imbued by nature.  However, chemical synthesis of very long peptides and small proteins remains today an exceedingly difficult task.  Several ligation strategies have been developed that help to alleviate this challenge.  These strategies though, require a purified, yet fully protected peptide fragment.

To really explore the utility of normal-phase chromatography (standard silica gel, maybe even in a glass column like you ran in undergrad organic lab), I chose to synthesize a peptide that was of reasonable length but also sequence diversity.  It is important to evaluate the influence of the protecting groups when comparing reversed-phase and normal-phase purification strategies.

I decided to synthesize 18A, an amphipathic peptide composed 18 amino acids with a nice distribution of hydrophobic and hydrophilic amino acids.  Importantly, the sequence contains an asparagine protected by a trityl group, increasing the UV absorbance of the desired peptide product.  I synthesized the peptide using chlorotrityl resin, an acid sensitive resin that allows for peptide cleavage while keeping the protecting groups in place.  Care must be taken when using this type of resin to ensure full recovery of your synthesized peptide.  Cleavage from the resin yielded a white, water insoluble precipitate.  A very good sign at this point!

I first wanted to purify the peptide using reversed phase conditions.  I chose a SNAP Bio C4 cartridge for this purification due to the extreme hydrophobicity of the protected peptide.  I dissolved the peptide in DMF quite easily, and injected 10 mg of the peptide directly onto the cartridge.  I selected a gradient to run from 5% acetonitrile up to 95% acetonitrile over 20 column volumes, Figure 1. 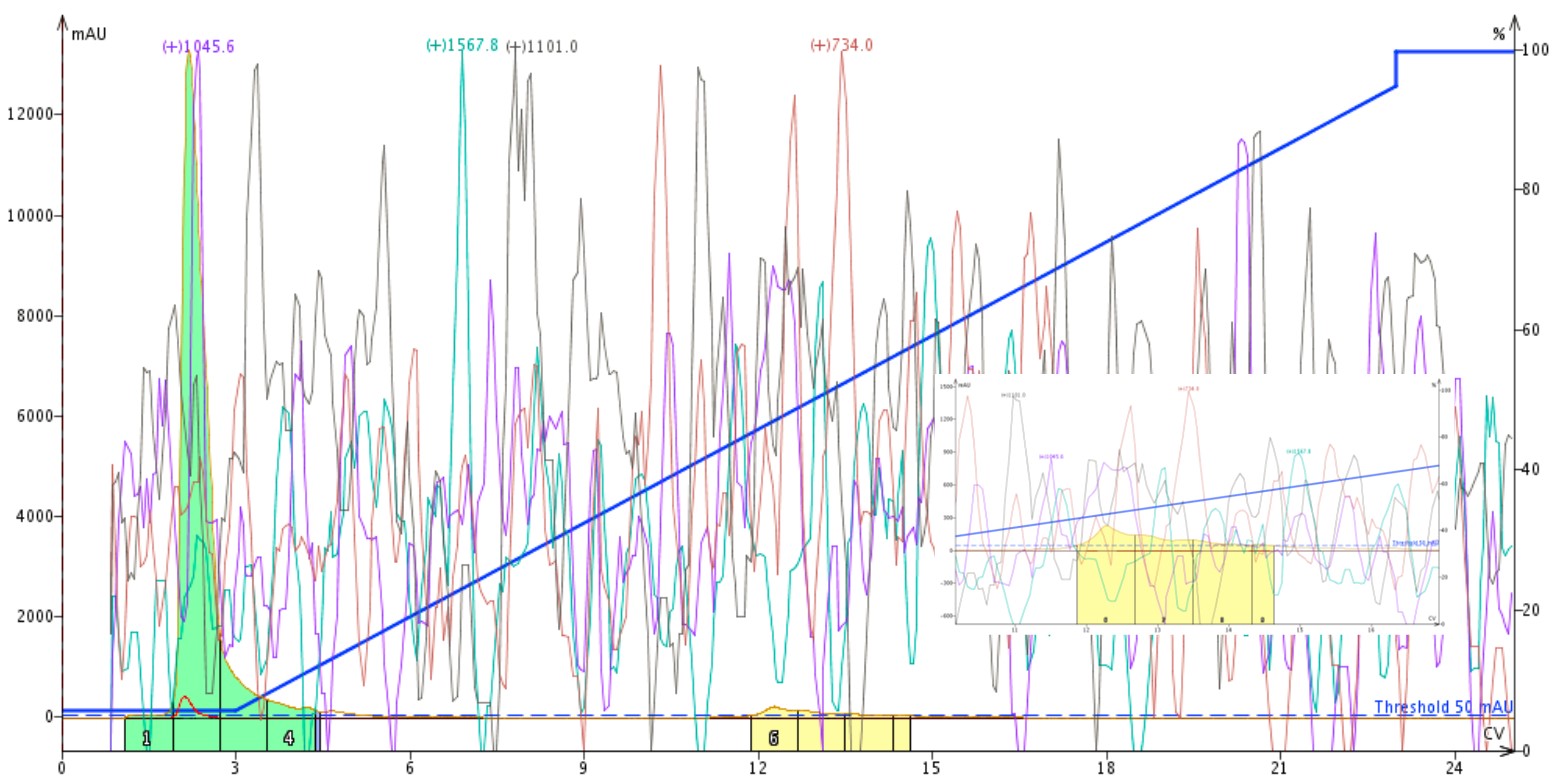 Figure 1: Reversed-phase purification of protected 18A using a SNAP Bio C4 cartridge. The peptide was eluted from the cartridge with a gradient ranging from 5% to 95% acetonitrile over 20 column volumes.

In this purification, mass analysis was of little use and unfortunately a bit distracting.  I directed the Isolera Dalton 2000 to look for the m+2H+ and m+3H+ masses for both the fully protected (1567 and 1045) and fully deprotected (1101 and 734) peptides.  None of which were observed.  This doesn’t surprise me too much as the peptide should be fully protected, limiting the extent of protonation possible and subsequent mass detection for this peptide.  However, a small UV peak (brown line) is observed at about 12 column volumes, or 60% acetonitrile,  is attributed to the desired peptide.  Even though the quantity of peptide was small, the UV peak is smaller than I expected, suggesting some additional retention of the peptide by the column.  Maybe a liquid injection isn’t the best option for this type of peptide sample.

Armed with the reversed-phase data and after a little digging in the literature, I found some conditions that were likely to work well for purifying peptides by normal-phase chromatography.  Many of these conditions were only examined for test peptides of minimal length, so I wanted to first confirm that the peptide could be separated by normal-phase chromatography using TLC, Figure 2.  I tested a few conditions and found that the peptide was best resolved from the impurities using 10% methanol in DCM.

Using the TLC information, I used the Assist software on the Isolera to program an optimal gradient for my desired separation, Figure 3.  I injected 10 mg of the crude peptide dissolved in DCM and used the optimized gradient from 2% methanol to 20% methanol over 10 column volumes.  This software feature is very useful when conducting normal phase purifications on compounds that are difficult to separate.  Without this assistance, I would have likely struggled to achieve the sample purity I did in the minimal time it was achieved. 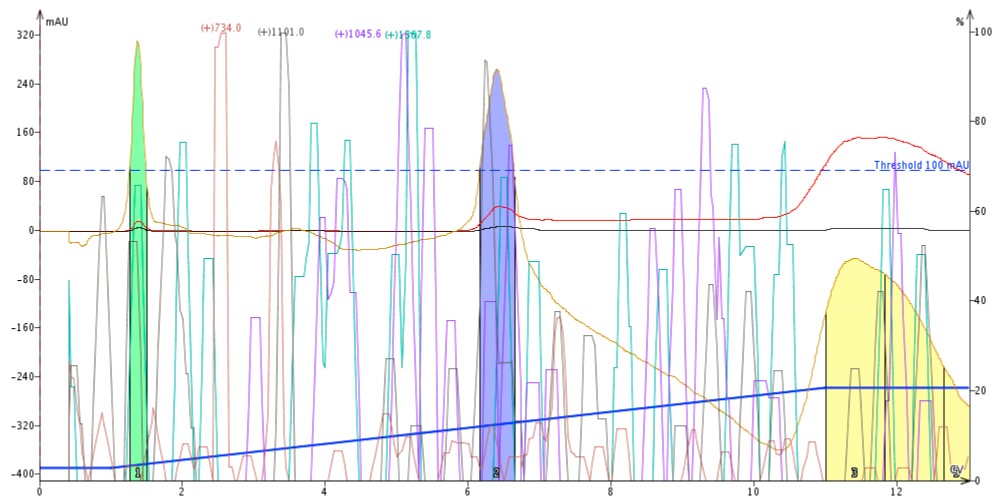 Figure 3: Purification of protected 18A using normal-phase chromatography. 10 mg of crude peptide was injected onto a SNAP Ultra 10 g cartridge and eluted using a TLC-guided gradient of 2% MeOH to 20% MeOH over 10 column volumes.

As was observed previously, the mass analysis was of little use for the normal- phase purification.  However a nice UV peak (brown line) attributed to the peptide is observed near the middle of the gradient, exactly where I expected the peptide to elute.  One thing to note is the extreme drift in the UV baseline.  Unfortunately, I failed to recognized that the baseline correction feature was disabled for this purification (this would have maintained a stable baseline during the gradient).

After conducting both normal- and reversed-phase purifications, I collected the desired fractions and quickly concentrated them with my Biotage® V-10 Touch evaporation system.  I redissolved the dried samples in DCM for a final TLC evaluation, Figure 4. 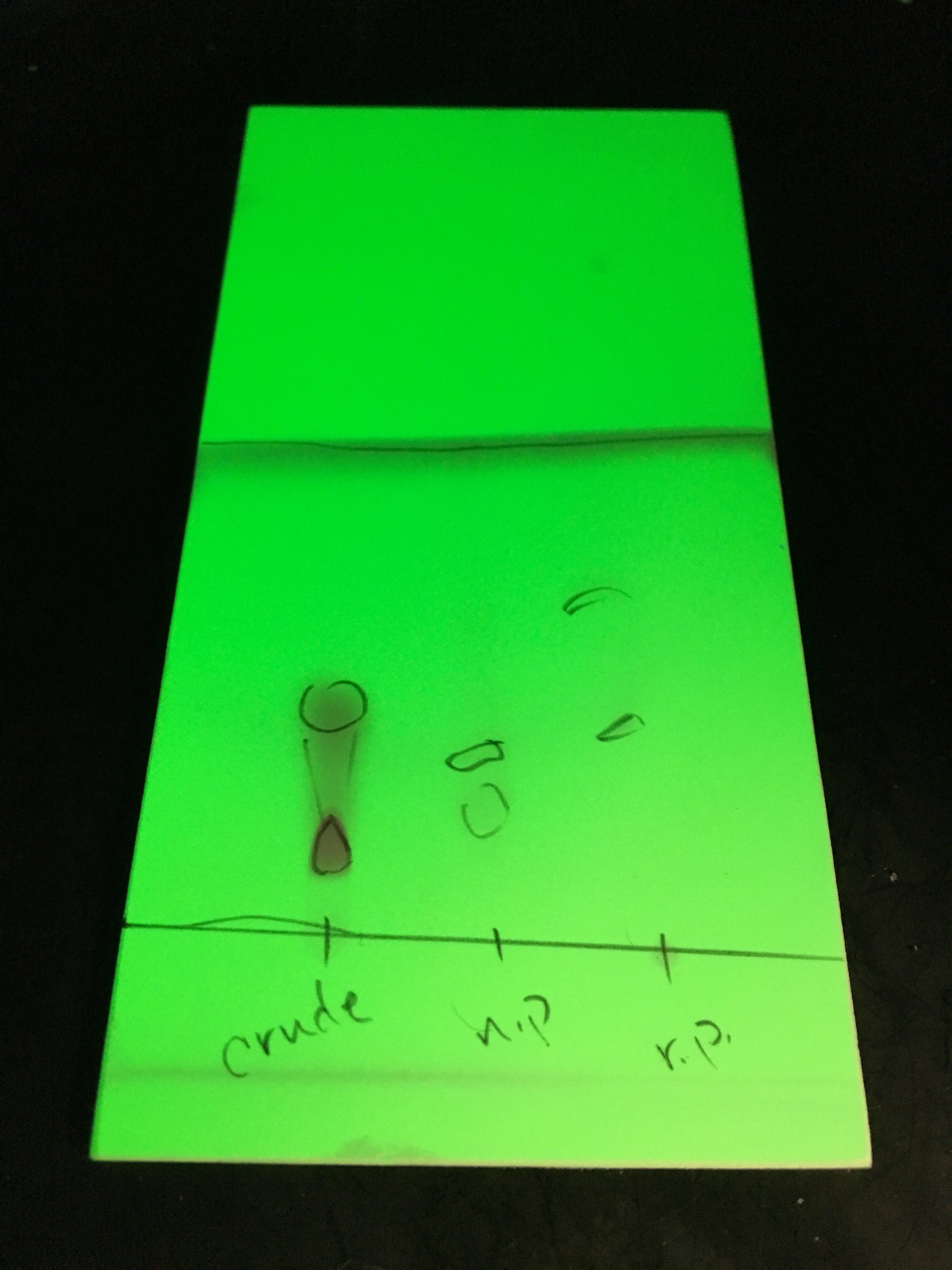 The TLC indicates a significant increase in overall purity for both normal-phase and reversed-phase purification efforts.  The slight rise in Rf relative to the crude sample is not surprising at this point.  Clean peptide samples are likely to run a little higher on TLC than their crude counterparts due to intermolecular interactions preventing full access to the silica stationary phase.  What is important to distinguish is the darker intensity of the product spot recovered from the normal-phase purification.  I injected equivalent volumes and dissolved the purified product in equivalent volumes.  After equal spotting on the TLC plate, the darker spot suggests a more concentrated sample and therefore greater recovery of the desired product.

Although certainly not optimized yet, this is certainly a strategy that I will investigate further and likely look to first for purification of protected peptides.

If you're interested in learning more about a holistic approach to the peptide workflow, check out my white paper below!