How should normal-phase gradient solvents be chosen?

But how do you determine the best solvent or solvents to elute and separate your reaction product from by-products and unreacted starting materials? That is this post’s focus.

Determining the best chromatography solvents begins with determining solubility. You need to determine the solvents in which your reaction mixture/product is soluble.

Look at the reaction solvent

Is the crude reaction product soluble in the reaction solvent? If so, this can guide your choice of a component of your mobile phase gradient. For example, if your reaction was run in DCM or EtOAC and remains soluble after cooling, consider a low polarity solvent blend such as hexane with DCM or hexane with ethyl acetate. If your reaction was performed using a polar solvent such as acetonitrile or methanol, you may need to use stronger solvents such as DCM/MeOH, DCM/MeCN, or hexanes/ethyl acetate/IPA (a greener/safer alternative to DCM based mobile phases). 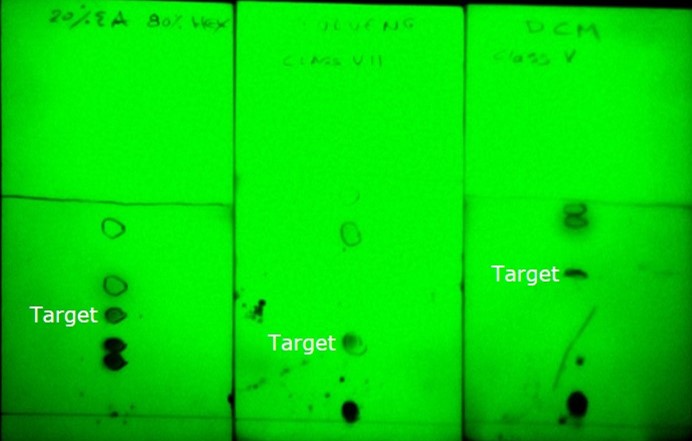 As mentioned above, if you find a DCM-based mobile phase provides the best separation you should consider replacing it with a safer, greener solvent blend of hexane or heptane with a 3:1 ratio of EtOAc + IPA (or EtOH). It has been my experience that this solvent system provides chemists with more flexibility and better purifications than DCM-based mobile phases, Figure 3.

There are three elution options for your purification…

Isocratic elution is the simplest of the methods as it uses the same solvent ratio used with your TLC. Isocratic elution works best with simple separations, especially when your target compound has a retardation factor (Rf) between 0.15 and 0.4, though load size may be compromised due to significant band spreading, Figure 4. 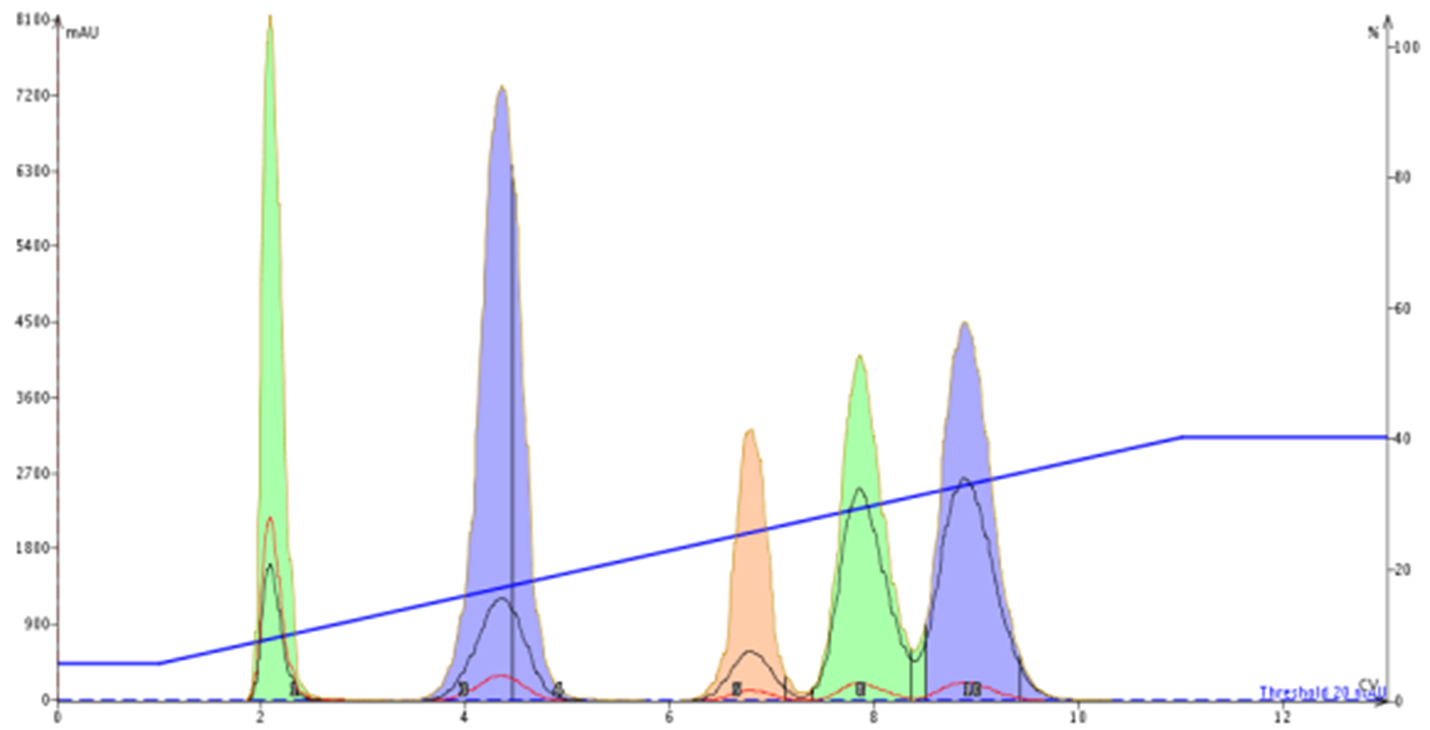 A step gradient incorporates a series of isocratic elution steps. These can have steps of different heights and lengths. This purification technique can provide major benefits over both isocratic and linear methods as step gradients can reduce solvent use, help better separate your target compound from its nearest eluting by-products, and sometimes increase sample load. Step gradients are best created by using data from two TLC plates run with the same solvents but at different ratios. Flash systems such as the Biotage® Isolera and Selekt have built-in TLC to step and linear gradient algorithms, Figure 6. 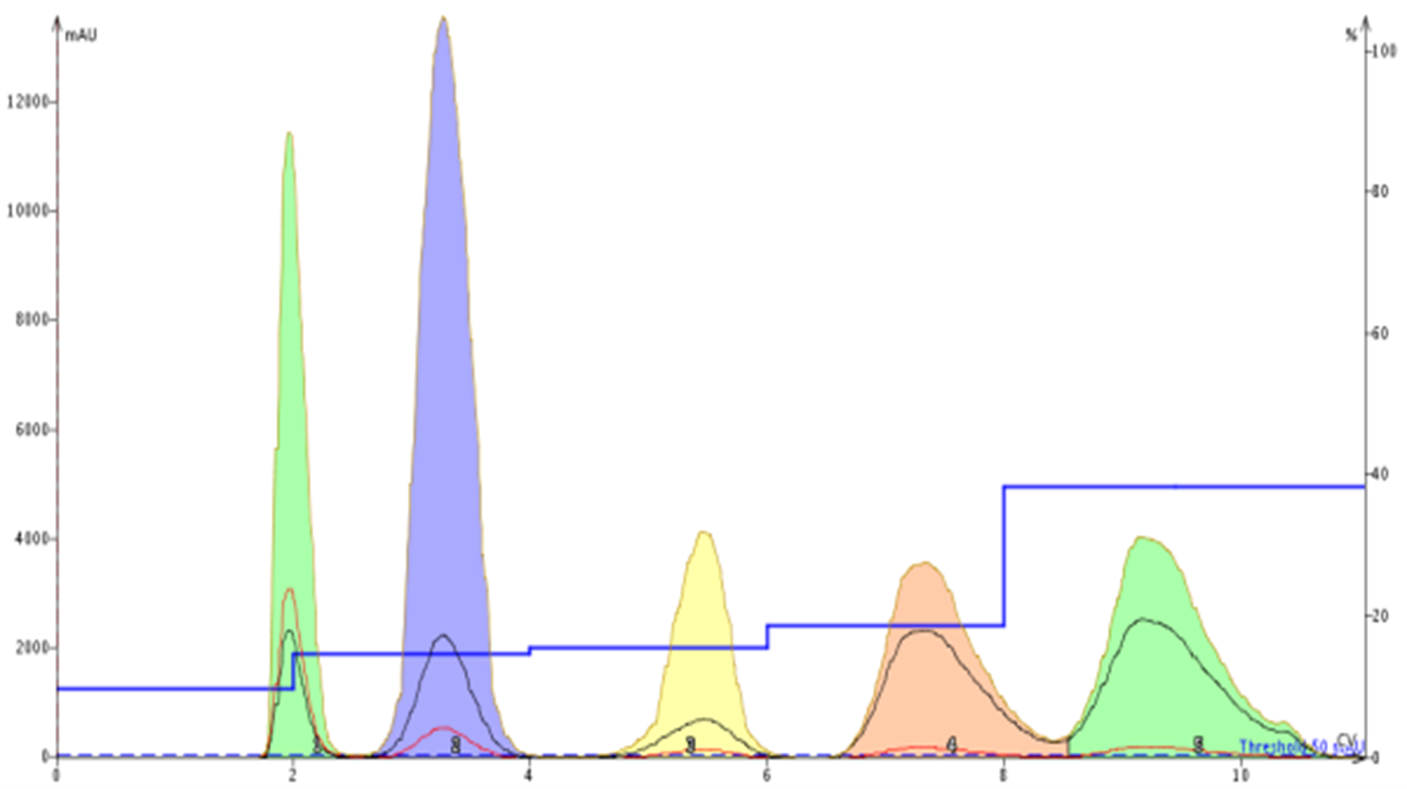 Figure 6. Step gradient based on 20% and 30% EtOAc/hexane TLC data provided a complete separation of each compound with 15% less solvent than the linear gradient.

So, when creating a normal-phase purification method, be sure to evaluate many solvents as your product purity depends on your solvent choices.

More flash chromatography help can be found in our whitepaper, Successful Flash Chromatography.